Autumn color can be fleeting and elusive, so to help others in search of where the color is happening around New Jersey, we started a forum where you can post Fall Foliage updates.

Post the park or area, the amount of color (ie, unchanged, low, medium, peak color), and the date. Include a pic if you have one!

10/9/11 - Mt. Minsi, Delaware Water Gap, PA side. Low to moderate color, with a lot of green still. Rt. 80, and Rt. 206 through Chester low color, a lot of green but also trees with leaf drop. Colors generally muted and not vibrant. 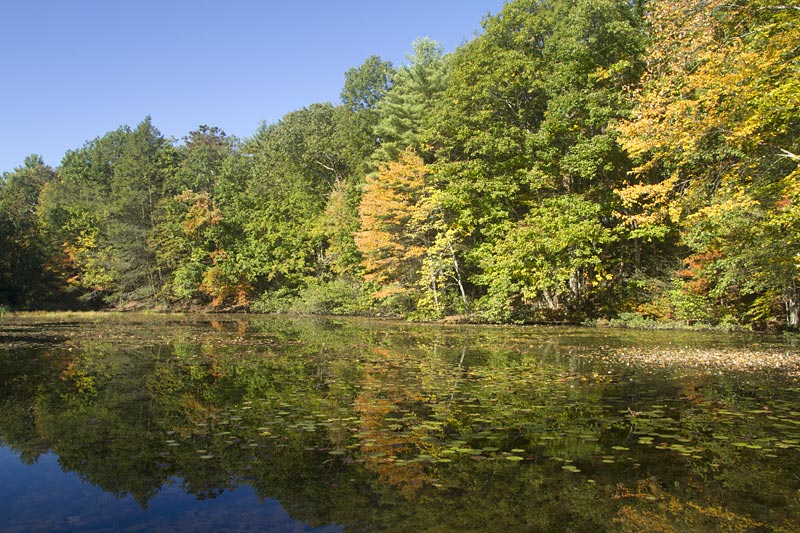 Lake Lenape on the way up Mt. Minsi. 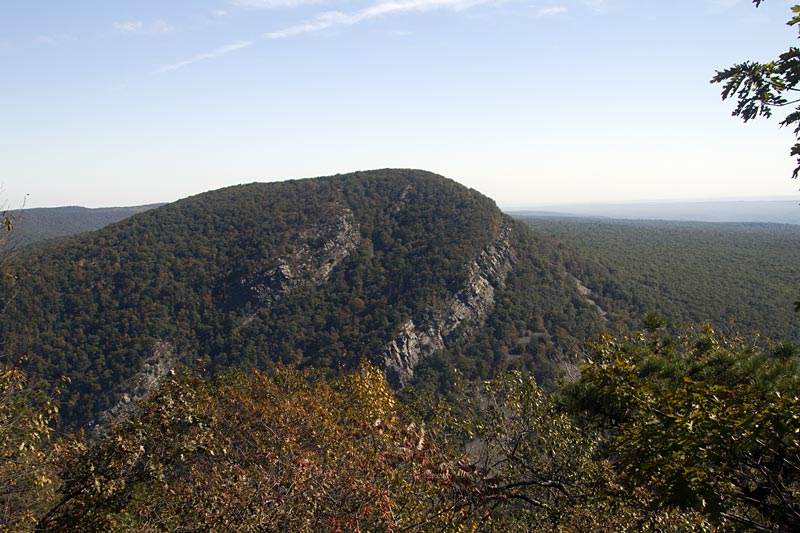 From Mt. Minsi looking east into New Jersey and PA.

I took a vacation day yesterday to take advantage of the great weather and head up to the Catskills.  On the way I took this shot from Route 17 of the Ramapo Valley County Reservation area - looks like there is some decent foliage happening there, maybe about 50%.  This was taken in the early morning light while driving, through a dirty windshield, so the colors were somewhat more vibrant than they look in the picture. 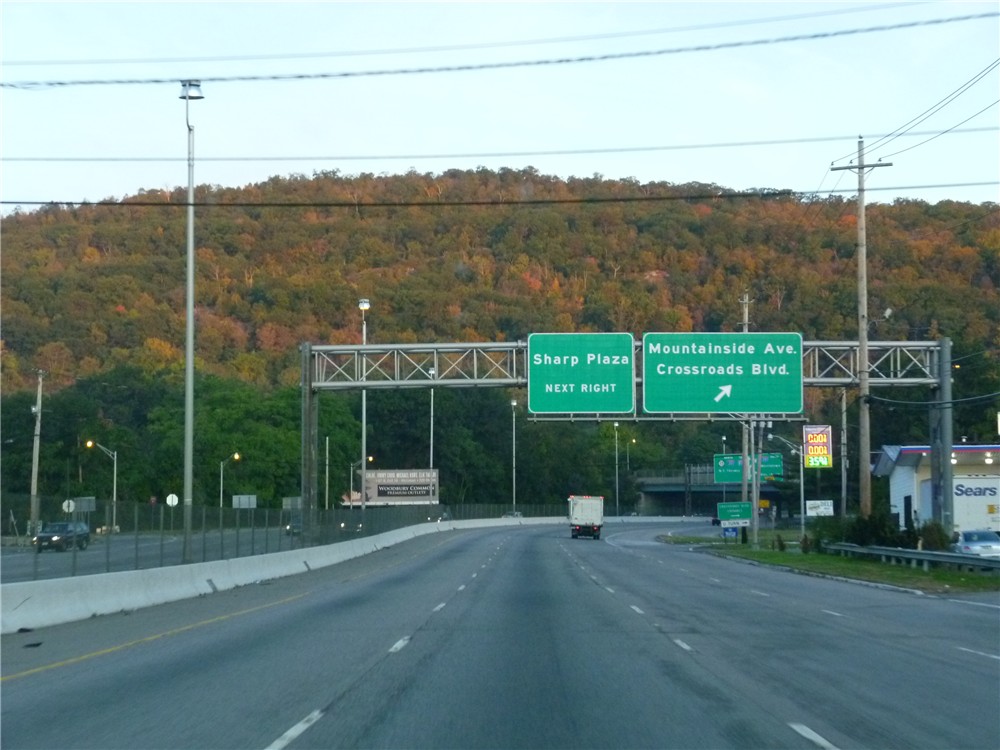 The true fall foliage colors are definitely happening in the Catskills.  Click here for those pictures.

Thanks for the update; added to our NJ Fall Foliage Reportsummary page.

Great Catskills photos... looks like you managed to get there for peak foliage. Nice!

Thanks, Dawn.  The foliage in the northern Catskills was better than what I expected to find.  I just happened to hit the right day.  It was very awesome!

Here's a site I just found for fall foliage forecasts in the Poconos:  http://www.800poconos.com/visitors/fall-foliage-forecast/

10/15/11 - Jenny Jump - Moderate color with mostly yellow and rust orange, still somewhat muted. Still a lot of green, but also a decent amount of leaf drop. Improving color on routes 287N, RT 206N and 80W on the way to the Gap area. View of the Delaware Water Gap from the Jenny Jump Trail 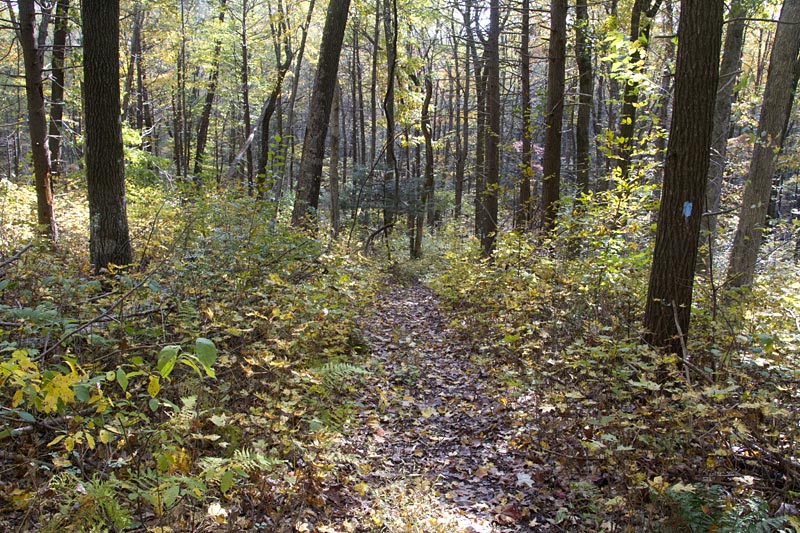 Daniela - Thanks for the Pocono link; I added it to the foliage resources page. 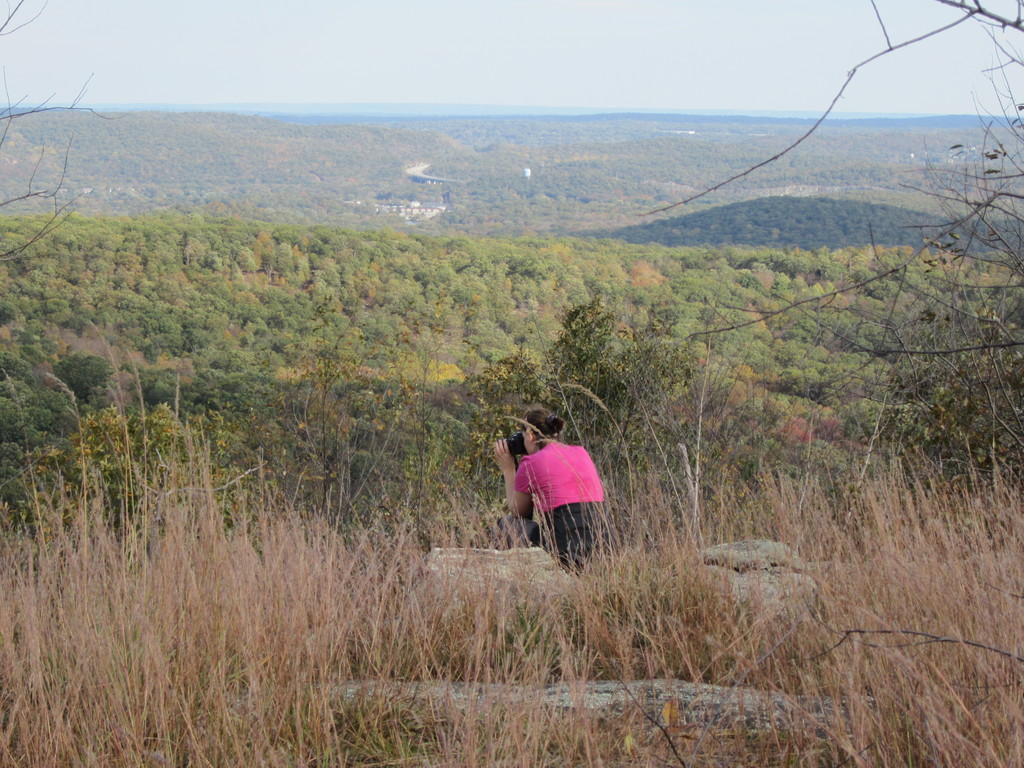 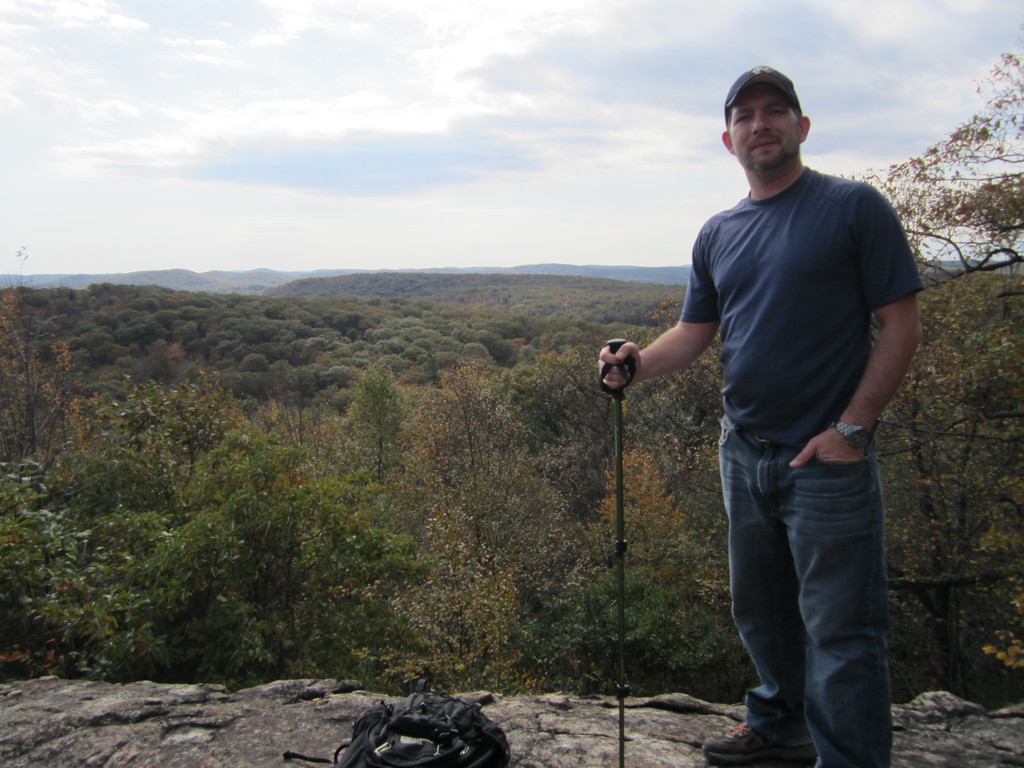 TJ - thanks for the photos/report; I updated the Foliage Report page.

10/15/11-10/16/11 French Creek & Ridley Creek in Pa. this past weekend were previewing their autumn colors.  Not quite peak, but enough contrast to provide some beautiful color.  The multi-colored leaves strewn along the trails and forest floor only enhanced the entire fall-like experience. 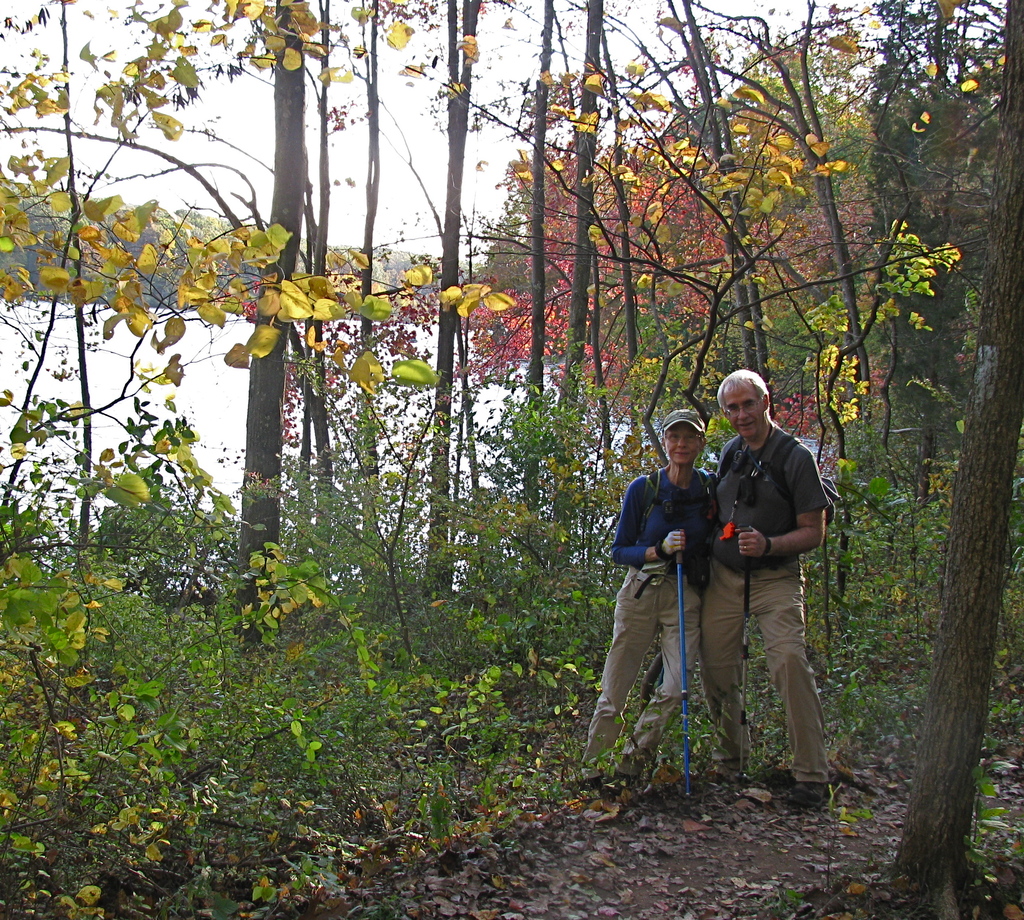 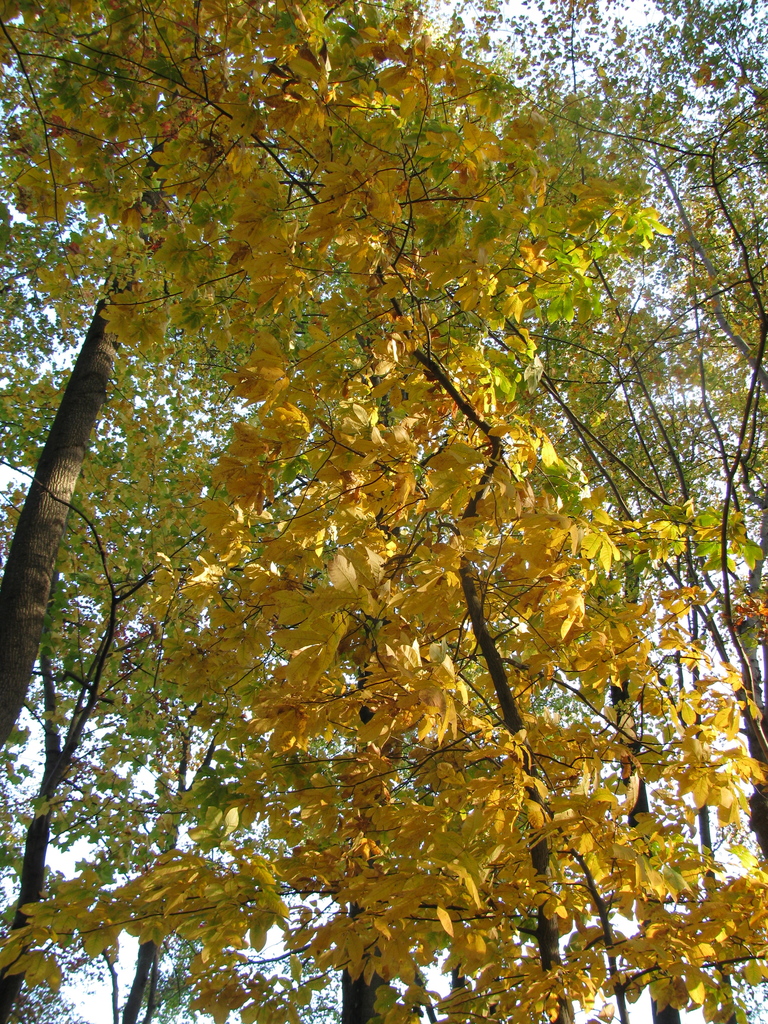 The lack of foliage up high did make for better views of the color down below while hiking along the ridge.

At lower elevations like Shay Road, Dimon Road, Stoll Trail, just past peak.  Lots of leaf drop but also many leaves still hanging on but not for long: For more pictures and the full hike click here. 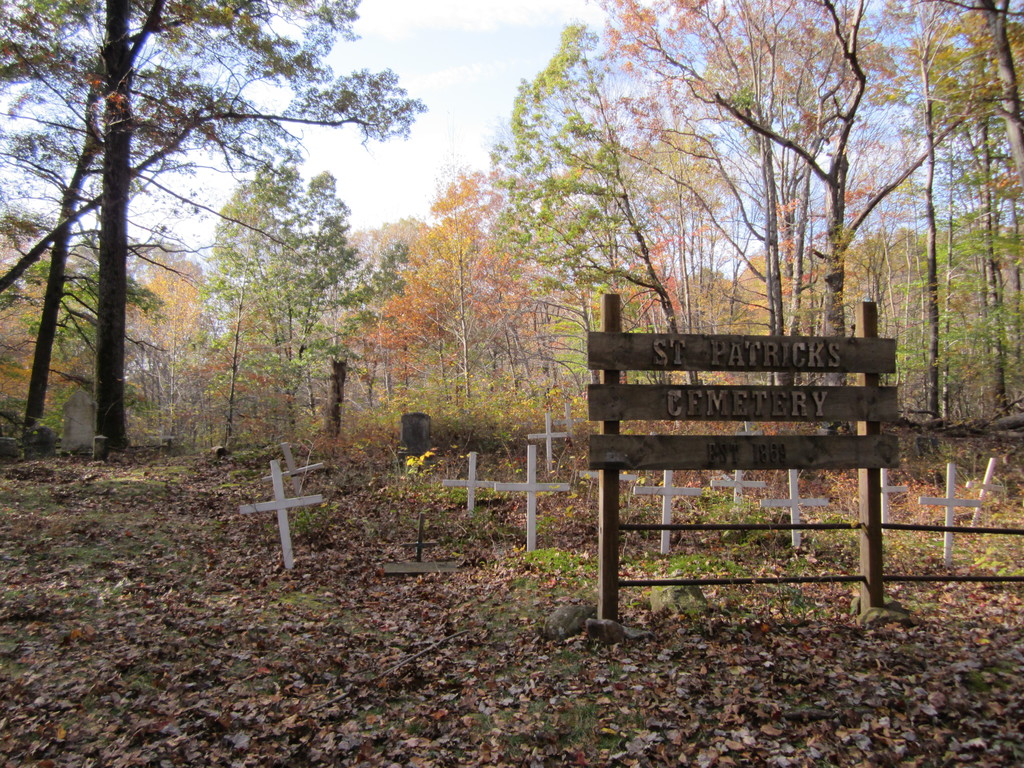 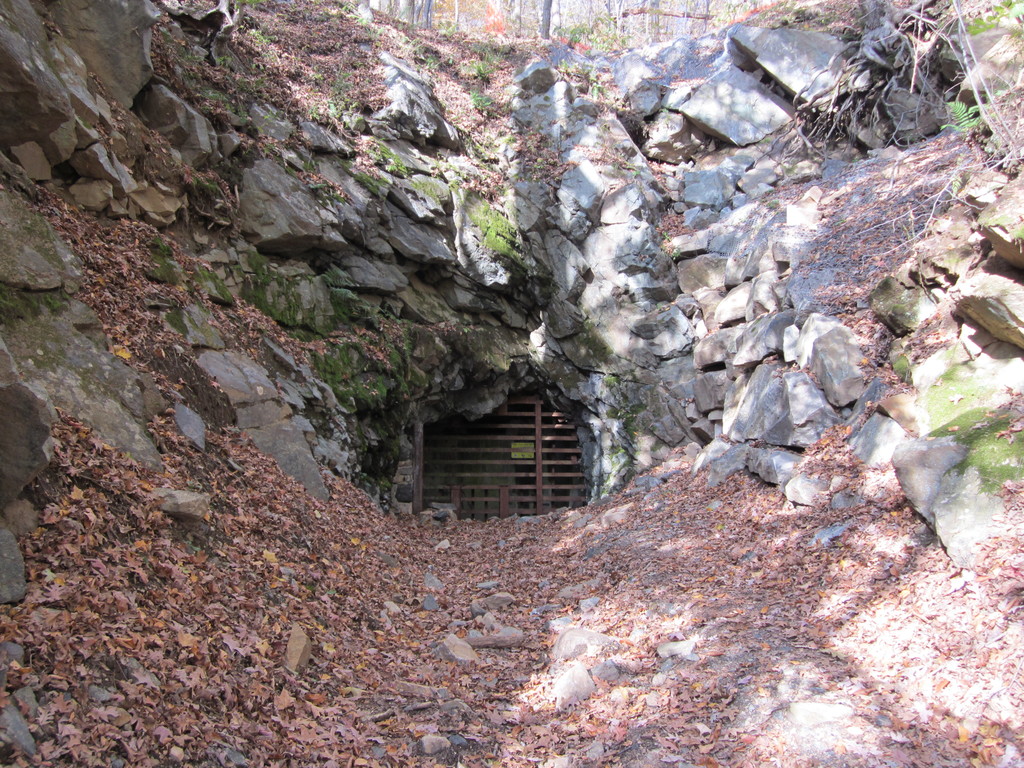 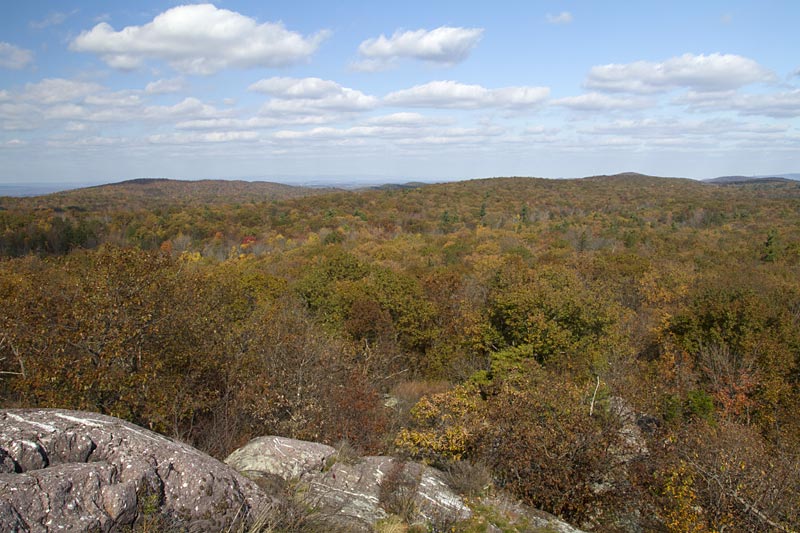 Looking north from the New York section of the Appalachian Trail That's barely enough words to describe the last of the peak foliage left at Hickory Run State Park in PA. While most of the upper story of leaves are all but completely gone, the lower understory trees are on fire with golds, russets, bronzes and the occasional red swamp maples. We stayed the weekend in the area in order to do as much of the park as possible.  This was taken Saturday morning on the Sand Spring Trail on the westerly side of the park approaching the Skyline Trail that overlooks the Lehigh Valley and the LHValley Gorge Park "next door".  Pretty cold day raw and contrary to sunnier weather predictions, it was totally cloudy all day. This was a much sunnier Sunday about 1/2 way along  The Stone Trail.  Single track and rather remote, it runs parallel w/the uppermost border of HR. It leaves off The Stage Trail that's picked up as you leave The Boulder Field parking lot on the other side from where we emerged from The Boulder Field Trail.   Rather than out & back on The BF Trail we opted for the entire 13.1 mile loop that began across from one of The Hawk Falls parking areas.  Great hike, but as we've discovered w/other Pa. trails, their trailhead and juncture markers leave a lot to be desired. Although not a foliage picture per se, what would a post about Hickory Run & The Boulder Field be w/o the ubiquitous "Boulder Field Photo"? No place to safely balance our tripod, two very gracious and kind women volunteered to take our pic. You sometimes meet the nicest people on the trails.  They tend to balance out the...uh..."not so nice ones".  Thank goodness the nice ones usually outnumber the not-so-nice trail characters.