Leaving off the Ramapo-Dunderbrerg Trail to the Dunning Trail heading west toward the White Bar: If you follow the yellow-blazed right turn off the R-D onto the Dunning, you'll first have to navigate a huge blow. That's not as bad as what lies ahead about 30feet. A jumbled mass of at least five or six blowdowns and tree-top branches strewn in different directions. But if you continue going right a bit more after you make that initial R-D to Dunning turn and go off trail from the git go, you'll avoid at least the larger mass. It was only after we navigated that second huge mess and looked back we could see the clearer way to come down.

The yellow arrow follows the trail and leads directly to the blow area.  The orange arrow is the 'better' way to go: 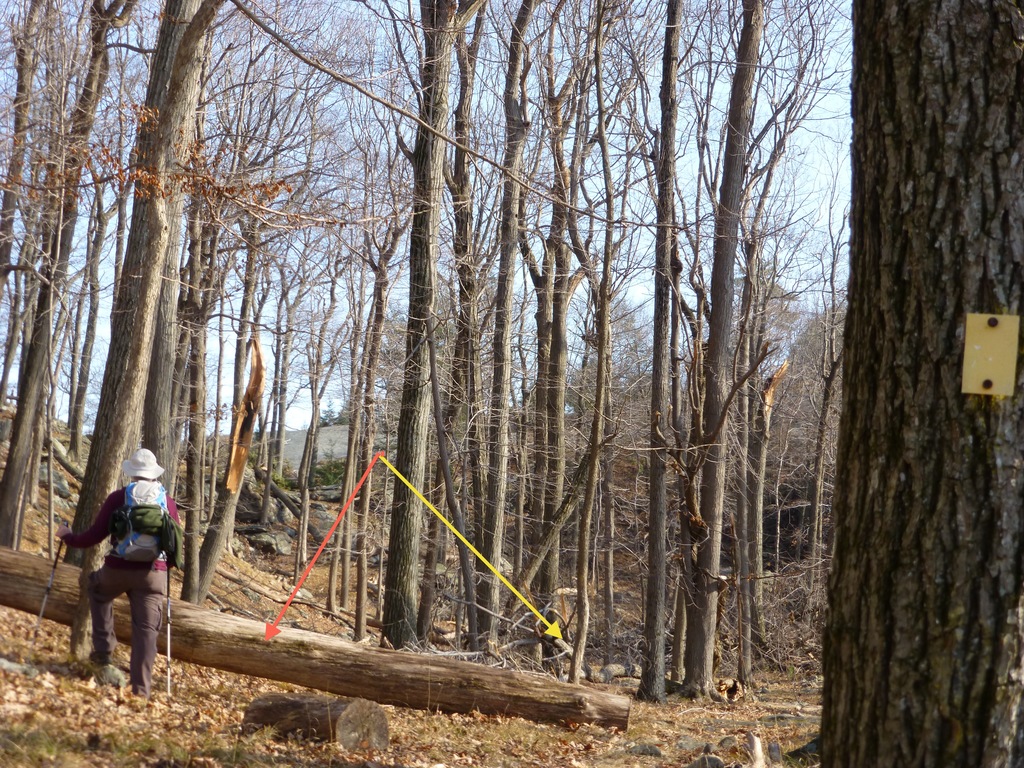 Bottom of Fingerboard Mtn. On AT Just Before Seven Lakes Drive: There was another series of similarly 'arranged' trees in this same jumble just before the hurdle I'm taking in this picture. No present way around.  Just make your way best you can. 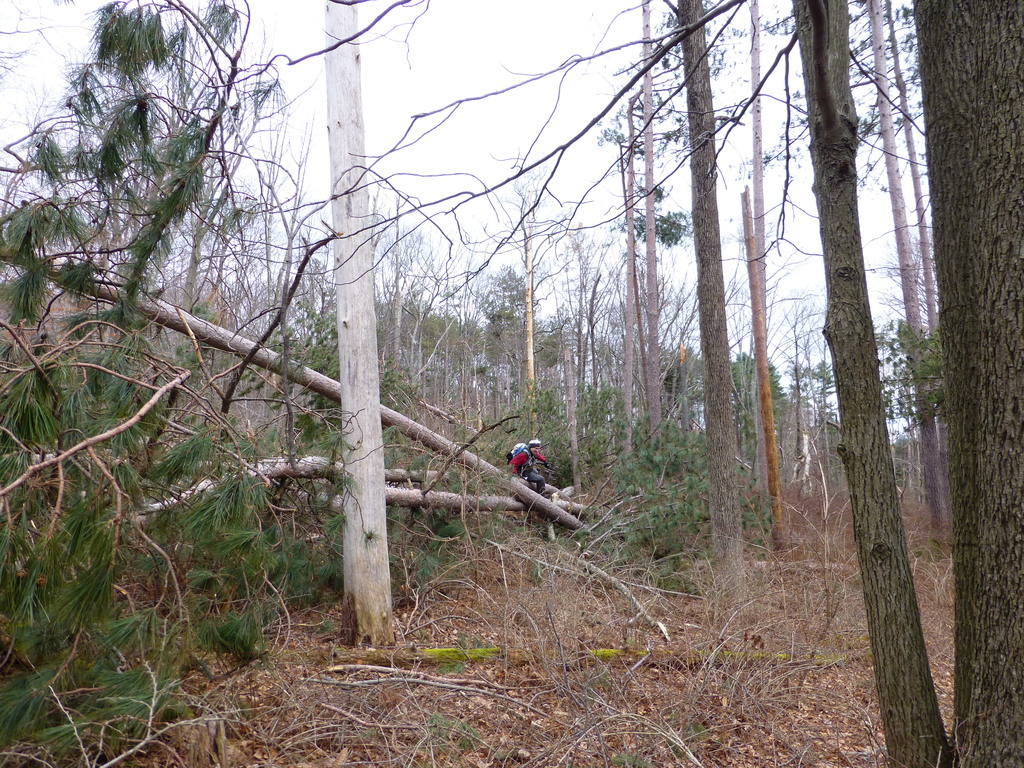 AT After Leaving Co-joined AT/Ramapo-Dunderberg (about 1/4mi.) Heading Toward Letter Rock Shelter: After descending into the valley giant uprooted tree blocking trail. Going around is nearly impossible IMO.  DH went up and over, but it was too tall for me to hoist myself up and shinny over, so I scooted underneath on my hands and knees. Took this after going through, so there's no perspective to demonstrate just how tall this thing is.  I'd say uprooted 'ball' is well over 8' tall.  Lowest lateral trunk....maybe 4' off the ground but ones directly ahead about 3'. IOW: Scoot underneath first...bump your head on next ones or get on your hands and knees.  With pack on, came pretty close to belly sliding! You can tell crews had been through here because they placed a new AT blaze on fallen tree.  Otherwise, that'd look more like an old White Bar lateral white blaze: 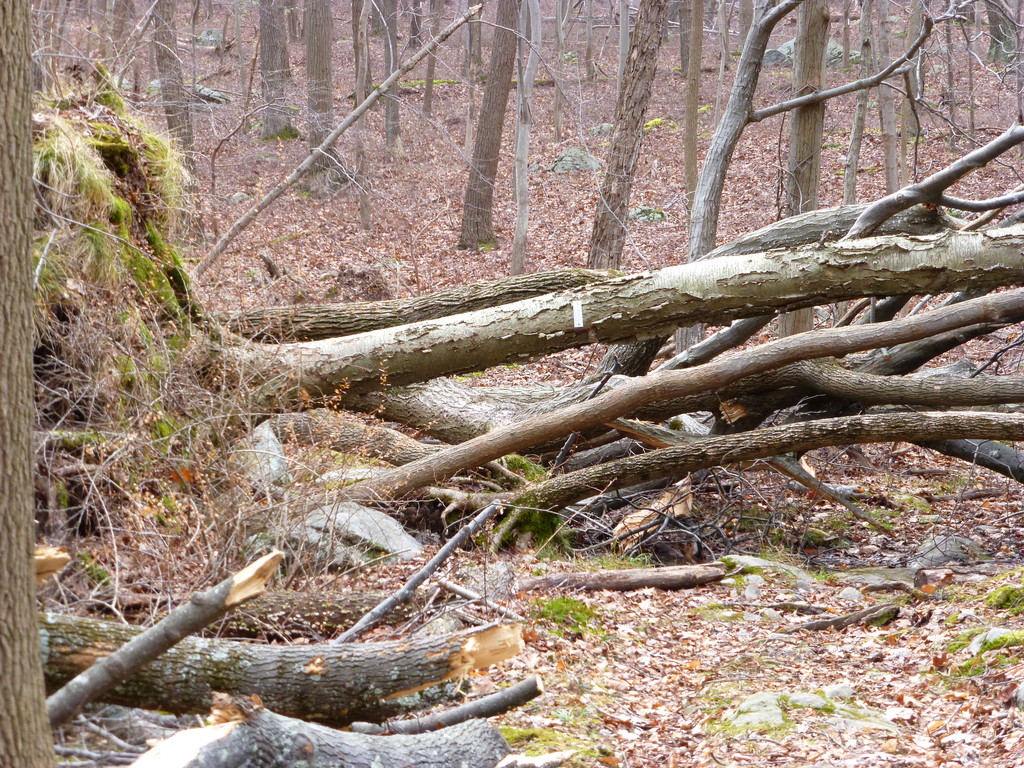 I'm thinking in at least two of the cases here, crews might be better off just rerouting the trail.