My Encounter With A "Rock Star" On The Trail

I'm always seeing things that aren't really there.  No not hallucinating just that I see images, animals, faces, etc. in clouds, root structures, the way rocks are arranged along a stream, tree alignments or boulders, which present my favorite imaginary imagery.

Recently while at Mahlon Dickerson, I came across what sure as heck looked like Wilson (remember Tom Hanks' basketball buddy?)  from the movie "CastAway".


Here's my Rock Star.  Replete w/spikey ferny hair, rocky cheeks, nose, chin and a trail-eating grin slashed from rock ear to rock ear. I'd say he was smoking a cigarette, except it looks like it'd be hanging out of his nose.  Unless that's the way rocks smoke??? As I wrote in my album, Tom Hanks would have been hard pressed to tote this Wilson along on his lightweight Porta-John raft. 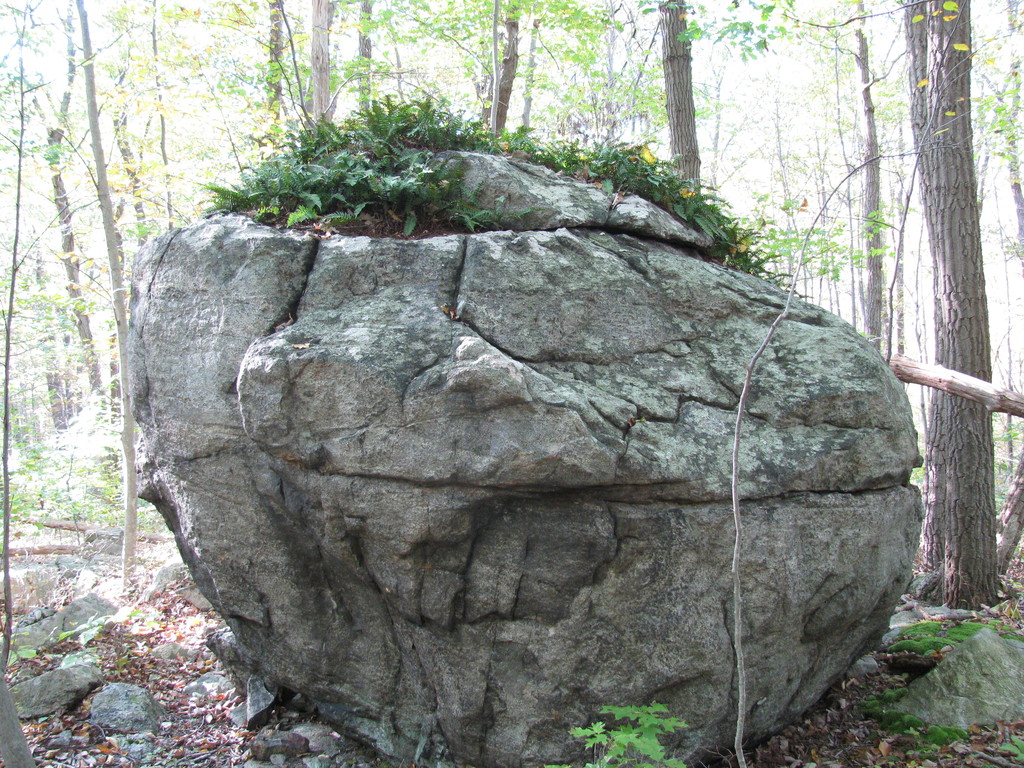 Since I see so many of these "visions" along the trails,  I've decided to devote an album to just that. http://njhiking.ning.com/photo/albums/that-reminds-me-of

So what have you seen along the trails that reminds you of...whatever?

Last month we hiked by this rock that is all ready for Halloween - we think it looks like a skull. (this is not in Jersey, it's Olympic N.P.) 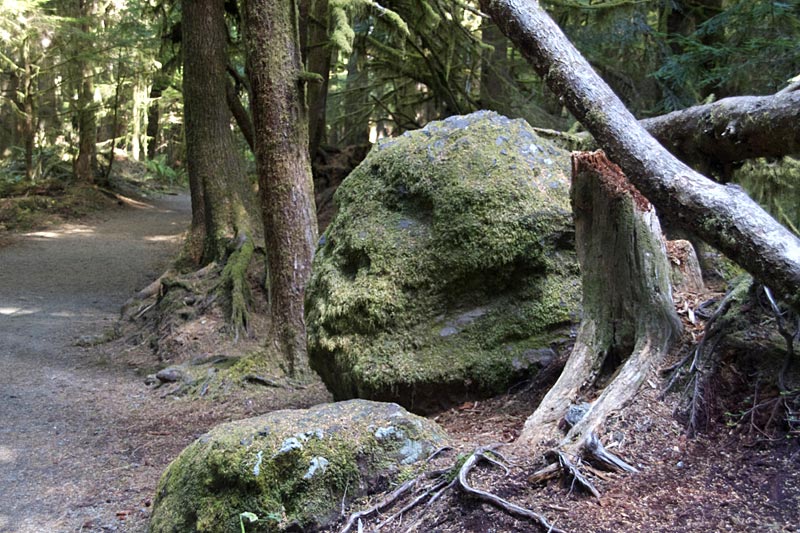 Absolutely! I purposely didn't read your post first so I wouldn't be influenced by your interpretation.  I just scrolled to the picture, and the first thing I thought of was a skull also!  Yet another aspect of observing nature that can be so very cool. :)

I have a hard time finding named rocks because I usually don't see what I am supposed to see.  They either look like plain old boulders to me or like something totally different than the name.  Like Whale Head Rock in Pyramid Mountain, for example.  I see a turtle head. 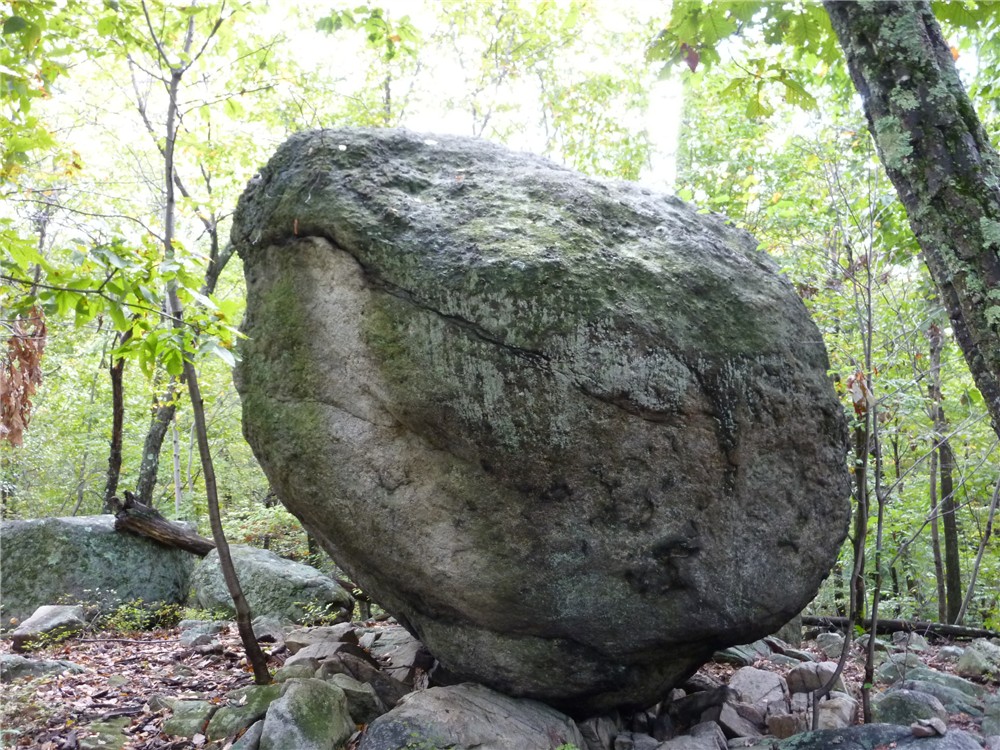 I remember seeing this as well when we hiked Pyramid.  For the life of me, I couldn't distinguish a whale.  But, again, before I read what you thought it resembled, I had two thoughts:  A vulture's upturned head or...yes...a turtlehead w/its eyes closed, too.  Most definitely!

Well, I've got a few new trail images to add to this collection of "...that reminds me of...": In this one I saw a bear with his arms (paws) wrapped around the trunk of a tree and his head stuck in a hole in the tree. Perhaps a bit overenthusiastic while ferreting out some honey. 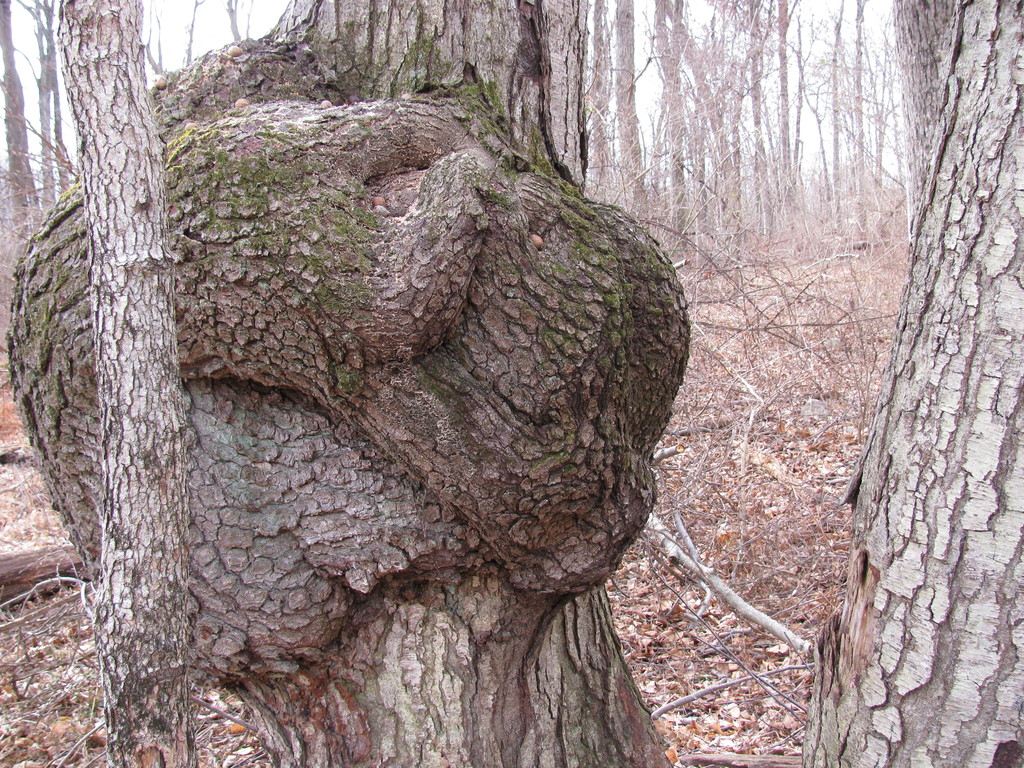 He saw a sleeping baby squirrel all curled up in a ball like they do. There's a nose, closed eye slits, ears and even small paws under his side cheeks.

And finally... from yet another angle w/another interpretation: 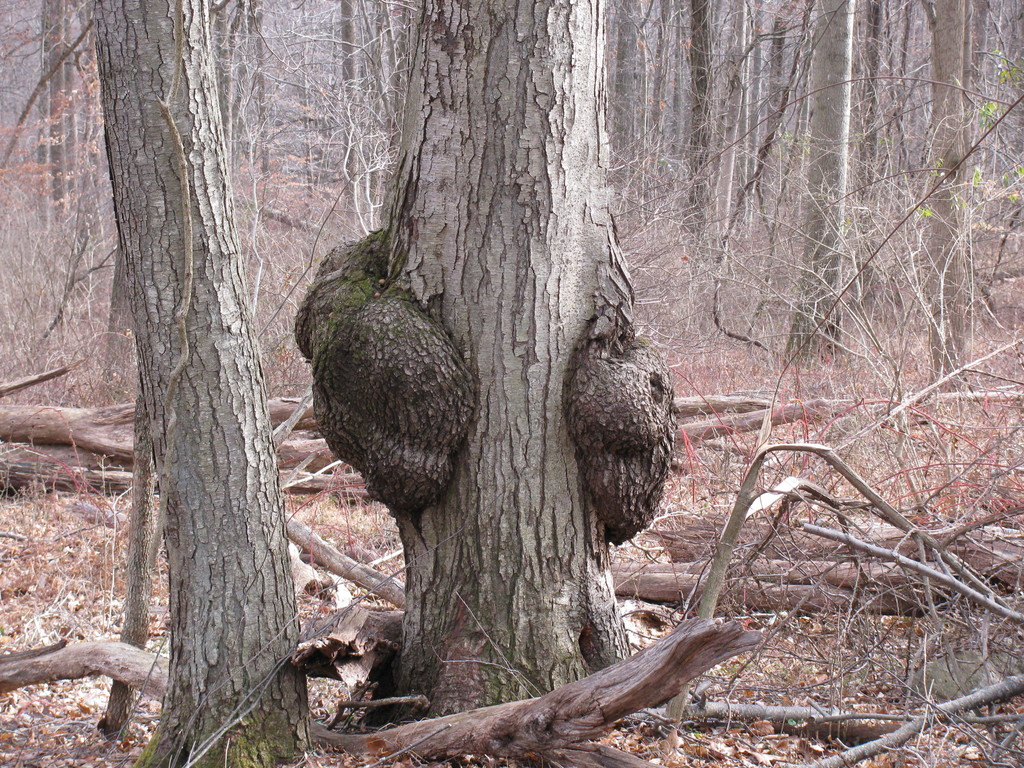 Although not very cold that day, obviously it was chilly enough for this tree to be wearing some serious mittens!

OK Linda, you had me on a mission today.  Here is what I found:

Great horned owl with his back to the tree trunk: 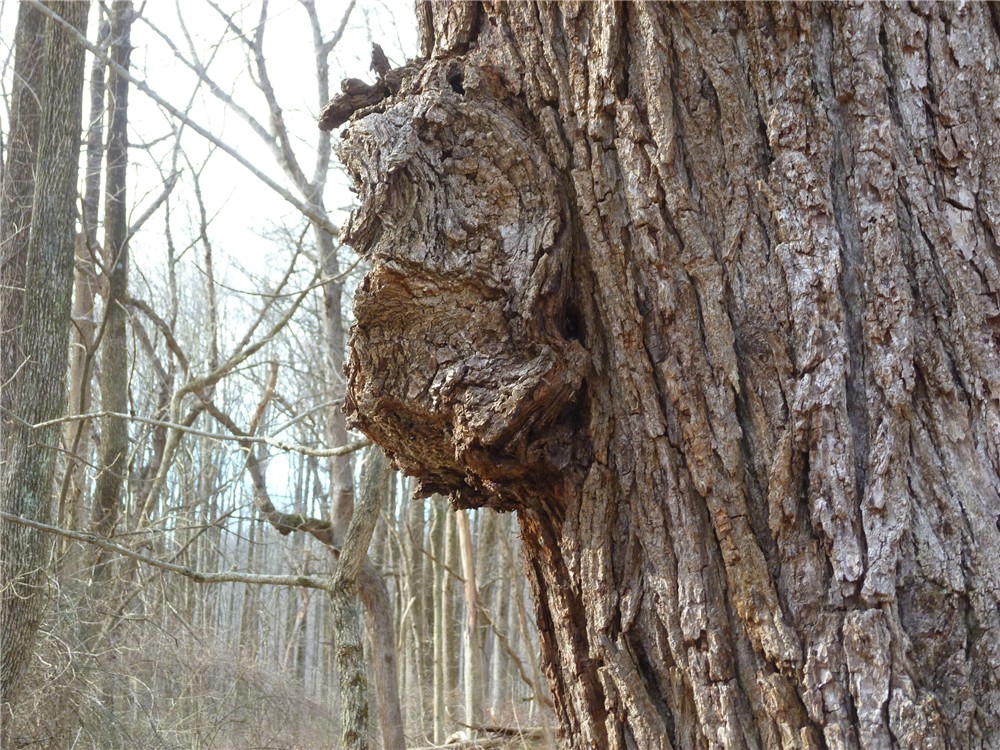 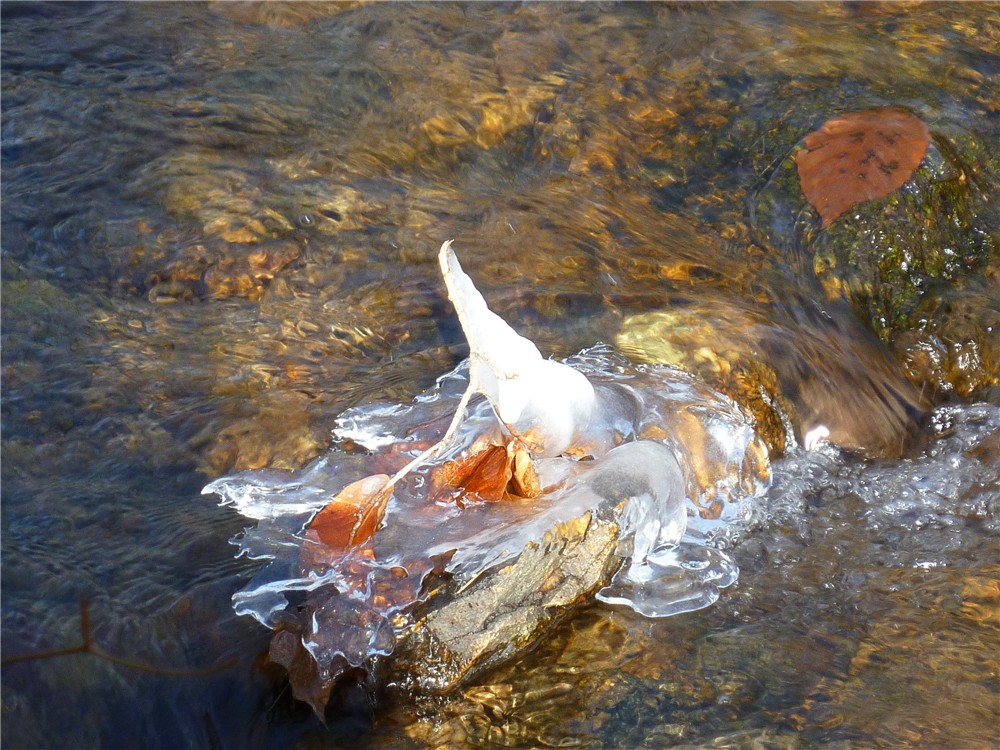