Include the date, park, conditions (how much snow/ice, is it slushy, melted away...) and a trail photo if you have one.

Sharing this info helps other hikers decide if they should make the sometimes long drive to a trailhead, as winter conditions can vary greatly between different areas.

Winter hiking tips and snowfall depth resources can be found on our Winter Hiking page.

The Pioneer Trail/Van Campens Glen Trail loop can be hiked at this time with one minor detour due to the power line construction.  The NPS site says the trail is closed from Watergate to Millbrook Village but I found this to be open.  Snow was 99% gone, trails were very wet in some areas, mostly the section from where the Pioneer Trail becomes a gravel road to where the abandoned homes used to stand. 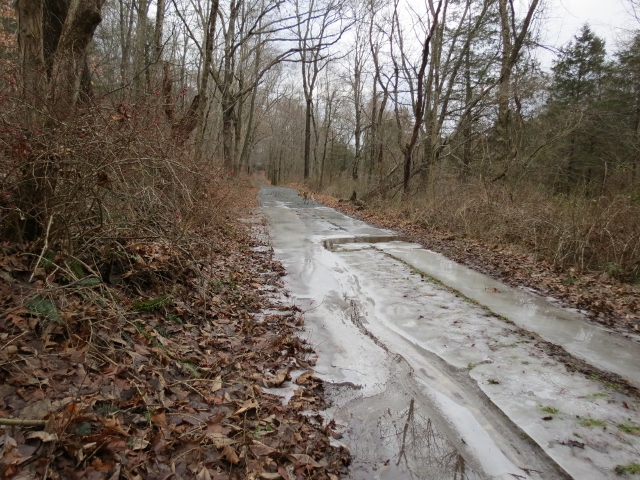 There was one part on the Van Campens Glen Trail that was a sheet of ice slanting into the water so microspikes were needed but just for this part. 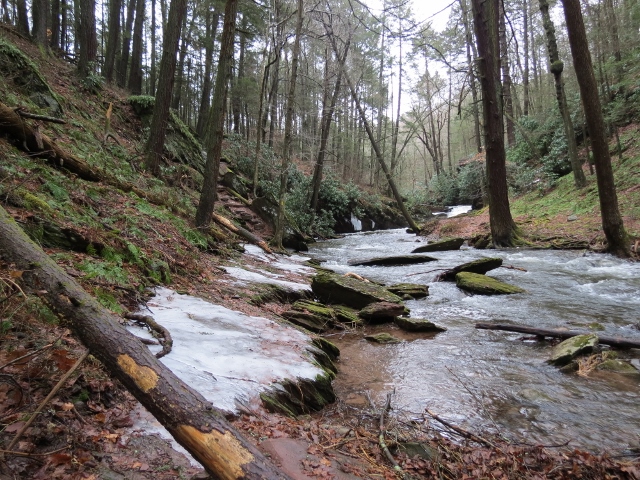 Other than that just very wet and slippery, especially on exposed tree roots.  Some ice in the falls, ice jams in the Delaware River.  Water in Van Campens Brook was raging full force from the recent snow melt and thunderstorms.  Full details and more pictures HERE including at the very end pictures from the Millbrook Village kiosk showing the Appalachian Trail reroute in the area due to power line construction.

Not much to talk about, snow and ice all gone, trails muddy in places. 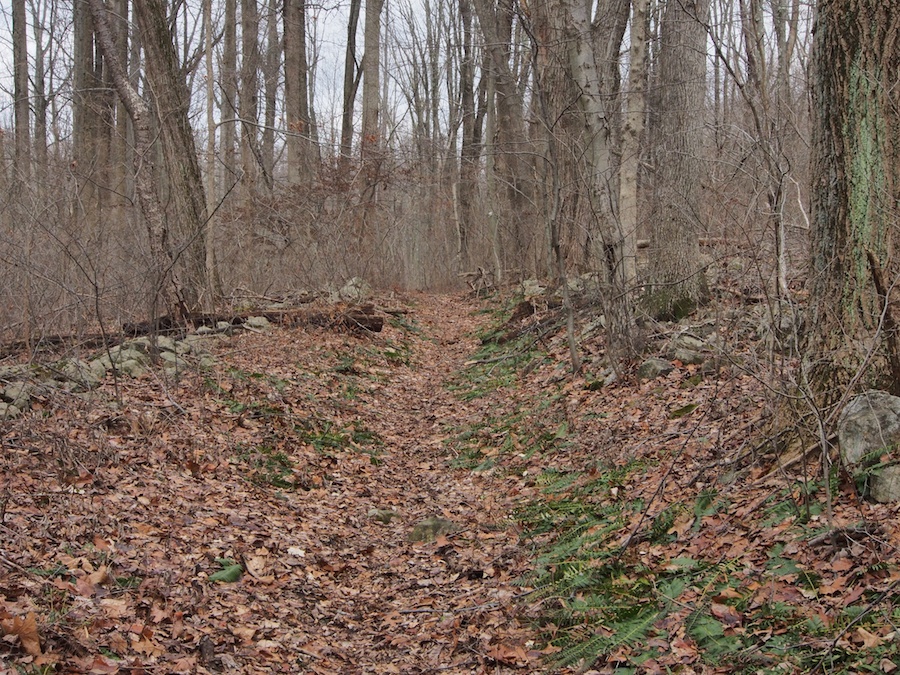 Still 4 to 5 inches of snow but well traveled with tracks from skis and snowshoes. MICROspikes were helpful but not entirely needed. Further along, snowshoes would have been better as the trail got less traffic and eventually petered out to unbroken snow. 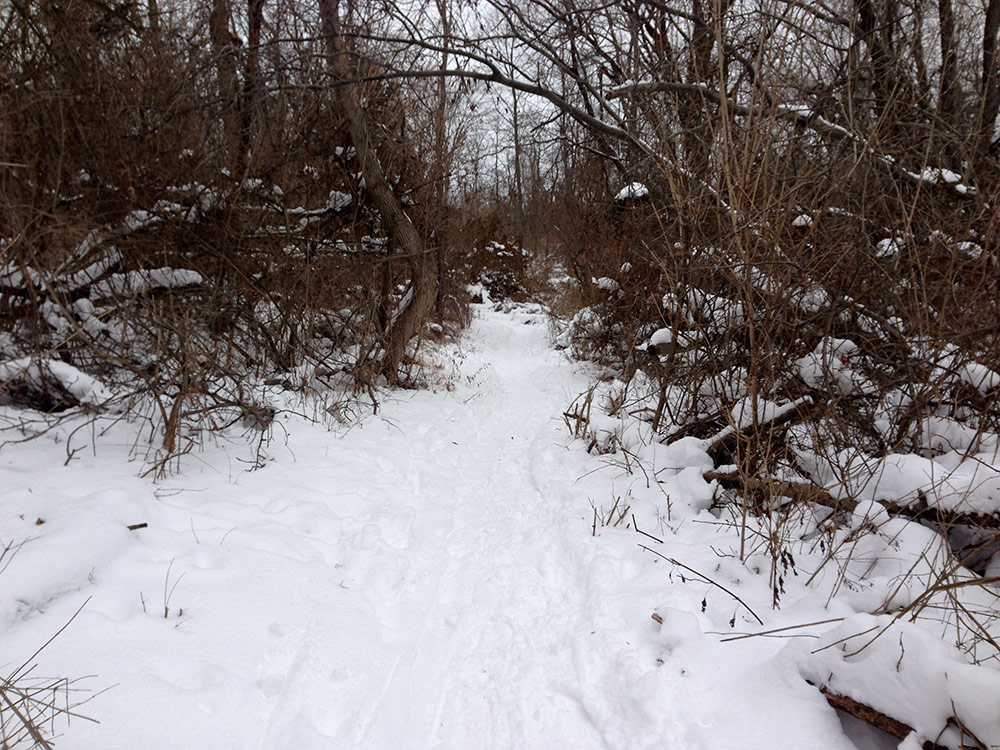 Several inches of compacted snow in most areas, with some deeper and less traveled snow from near the footbridge to NW 2 Dike. We used MICROspikes because the packed snow had gotten a little slippery. Snowshoes would be overkill, but would still work. 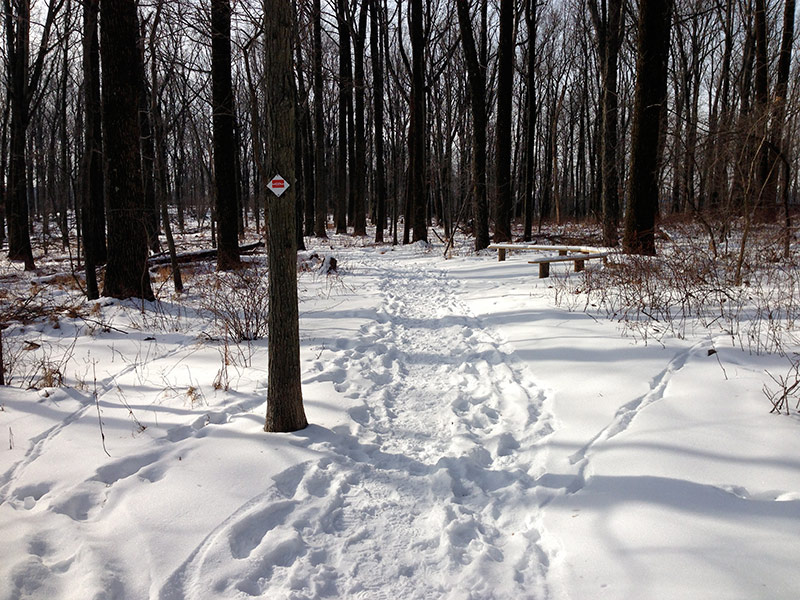 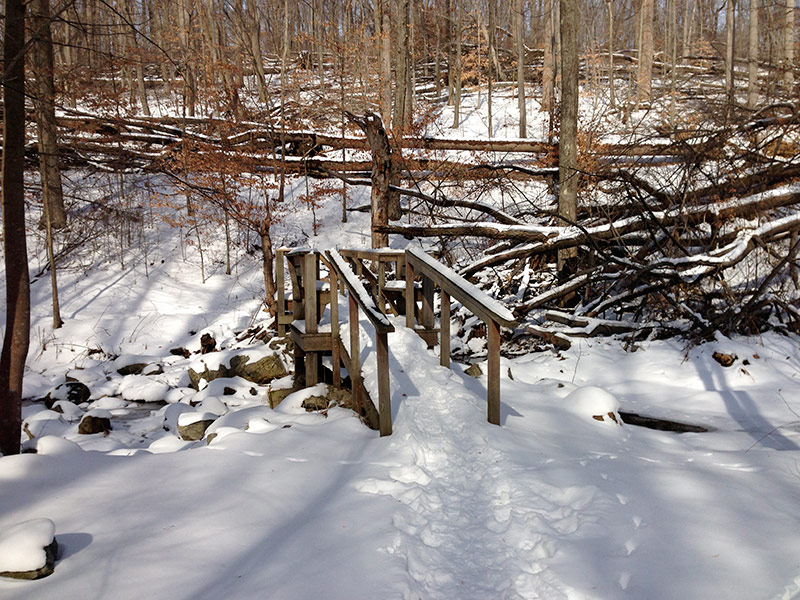 These were from yesterday, worthless today! 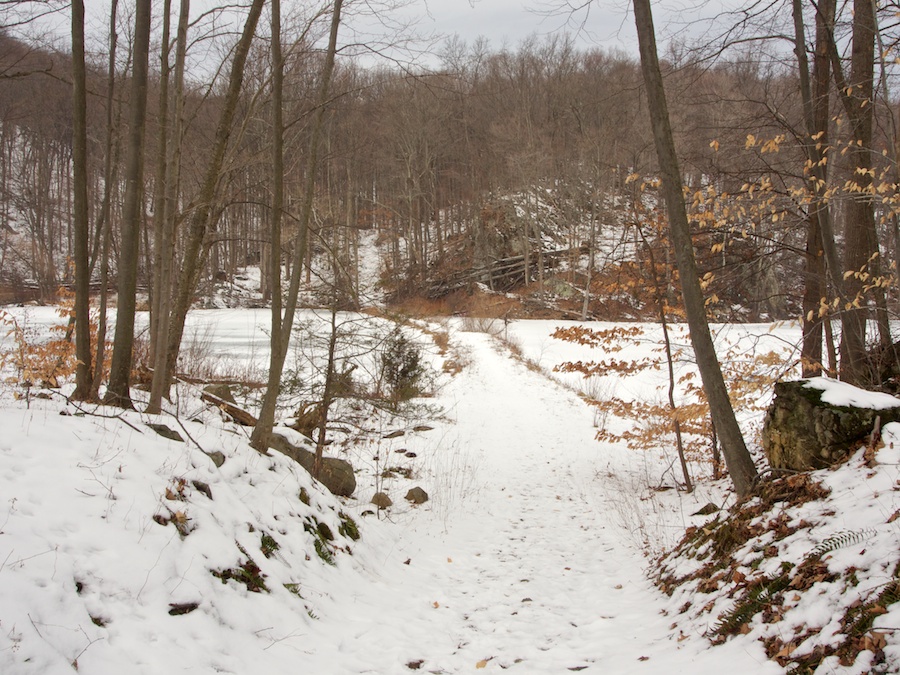 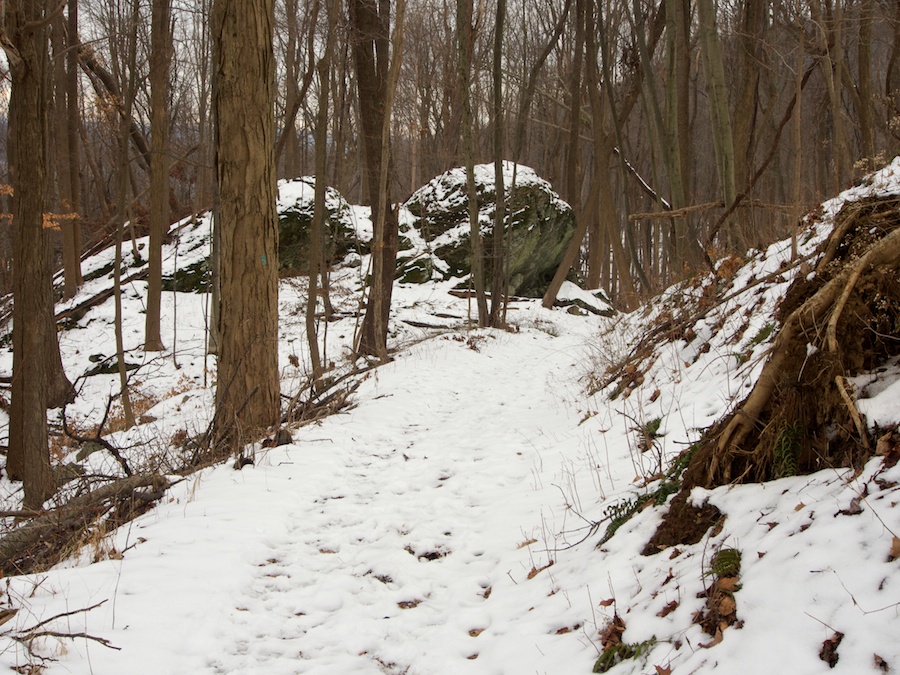 With another 1-3 inches of snow coming in tonight, this update will no longer be valid but at least you will know it started off with a clean slate.  NO SNOW in Wharton State Forest!  I had initially planned on hiking the Batona Trail from Ong's Hat in Brendan Byrne State Forest but there was still too much snow and ice so I kept heading south.  It was so nice to have solid ground to hike on with just a little patch of snow or ice here and there but the ground was at least 98% clear.  The green of the pine trees in the dead of winter was a nice bonus. 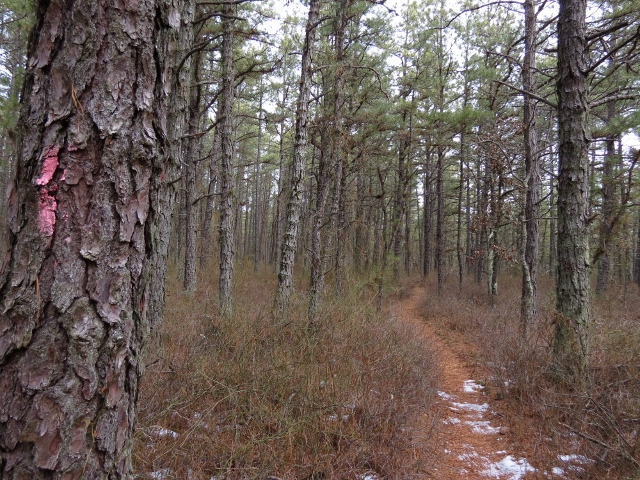 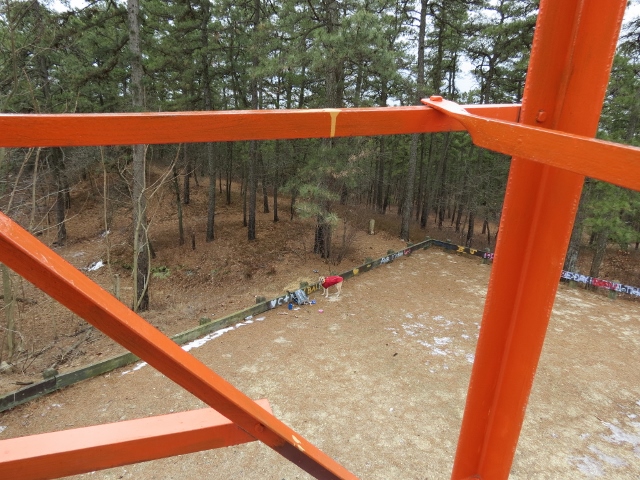 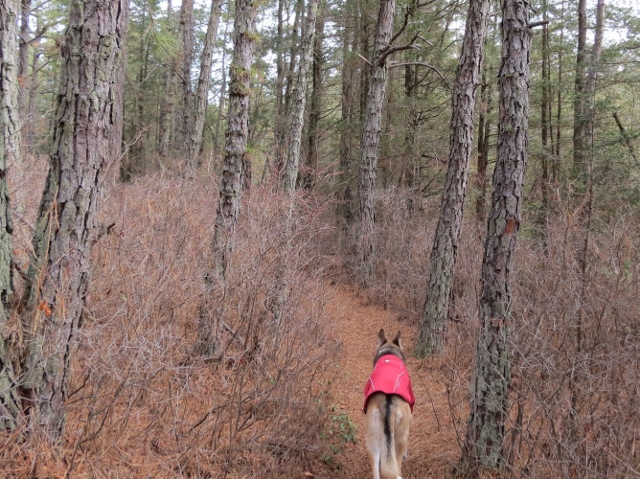 We pulled into the lot to this surprise - totally unbroken snow. That's the trail sign way in the back, beyond the plow mountain and snowy lot. 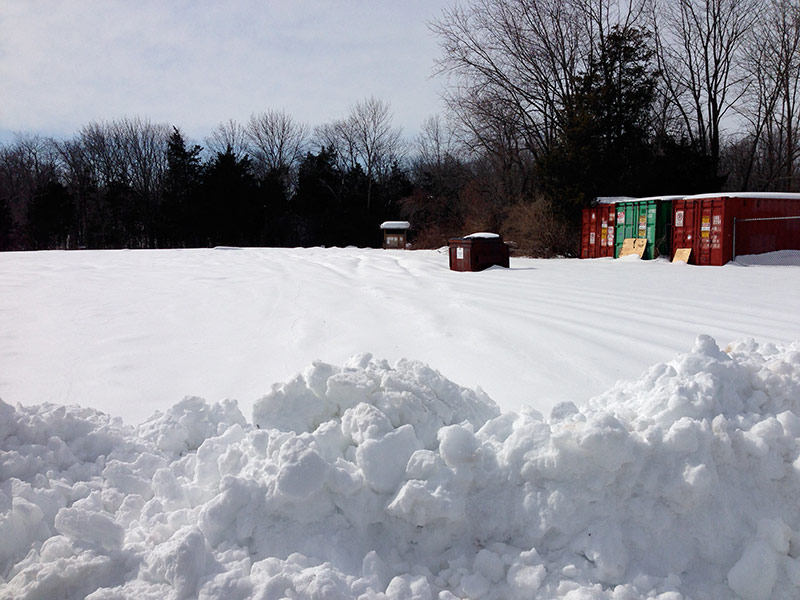 We didn't chuck our snowshoes in the car like usual because we keep avoiding them, they're just too basic and are irritating/tiring to use for anything more than a short jaunt. But this was the first time this season we really needed them. And they weren't in the car. Of course.

Since we didn't feel like post-holing fresh snow we tried from the Jacques Lane lot.

Deep snow that appeared to range from 18 - 24" and was not as broken and packed down as much as expected.  Red at first was fine, snowshoes had packed the trail into a walkable condition with the occasional punch through. Later, the snowshoe tracks disappeared and we were post-holing for a bit before picking up boot prints. Quite a bit of a workout but beautiful nonetheless. 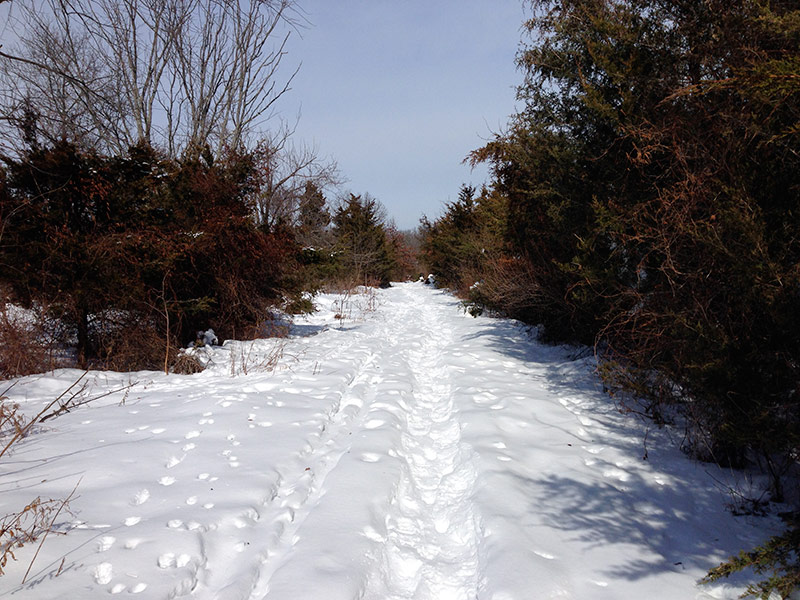 We took advantage of winter clearance sales this weekend and ordered new snowshoes - so we've now guaranteed there will be no more significant snowfall in Jersey this season. Or for like the next 3 years...

Very much appreciated, Dawn, securing minimal snowfall for us into the future.  I must confess, all of this snow has been my fault.  I sold my snowshoes after last winter because I hated them so much and never used them.  I am truly sorry for having set into motion storm after storm after storm...

ahh-ha! now we know the source of all this snow.

Surprising amount of snow/ice cover even after several "warm" days, at what we thought would be a well used park.

Overall, the trail was a mix of slush, icy snow, frozen boot impressions, a few ski tracks, areas of 5"+ unbroken snow, and a decent dose of slick ice. There were a few short steep areas that we would have hated to do without our trusty MICROspikes. 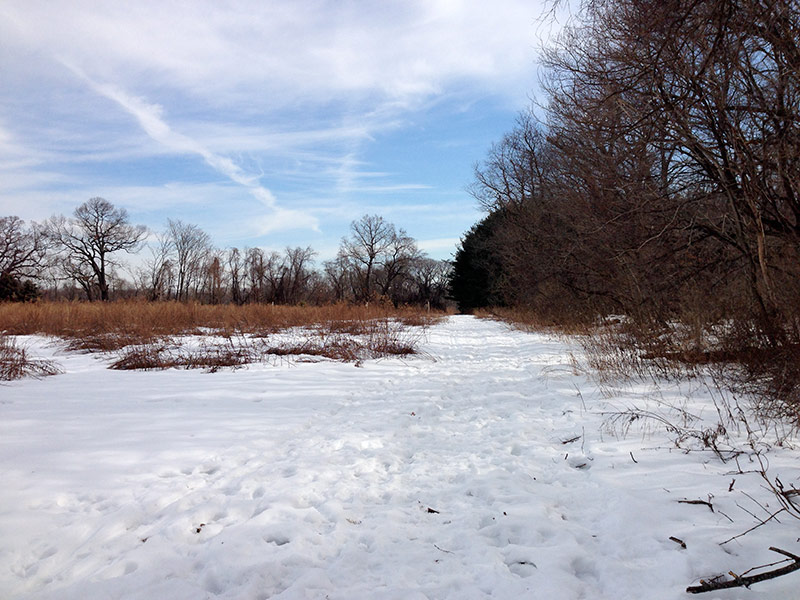 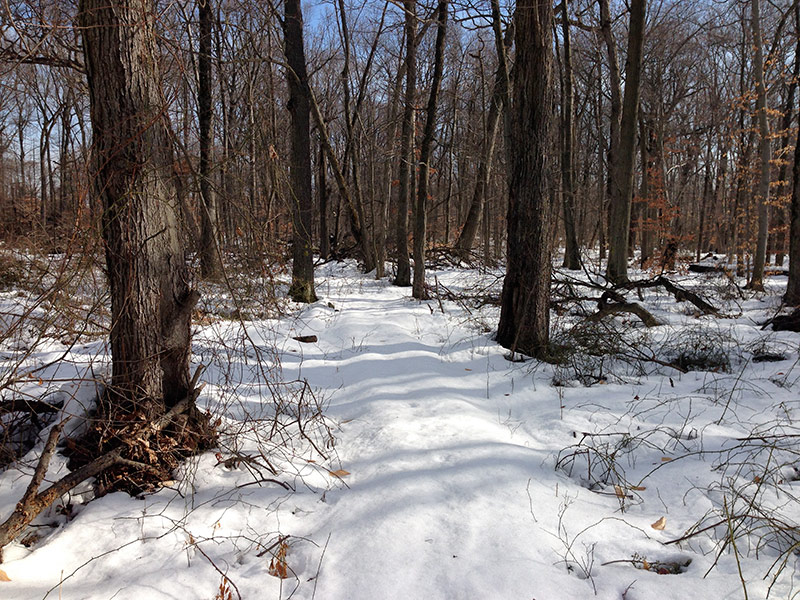 People are jokingly accusing me of trying to pass off pictures from last May as pictures of this past Sunday's hike but honestly, these pictures are from last Sunday.  Headed south again for some blissfully clear trails and a day that felt like spring. 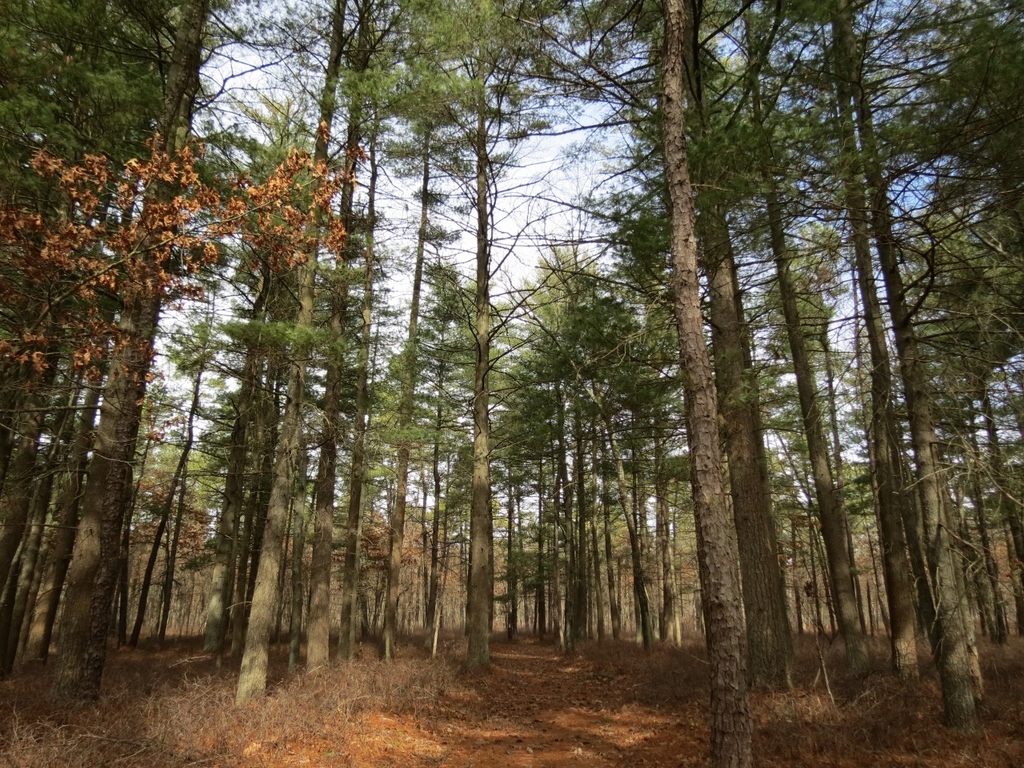 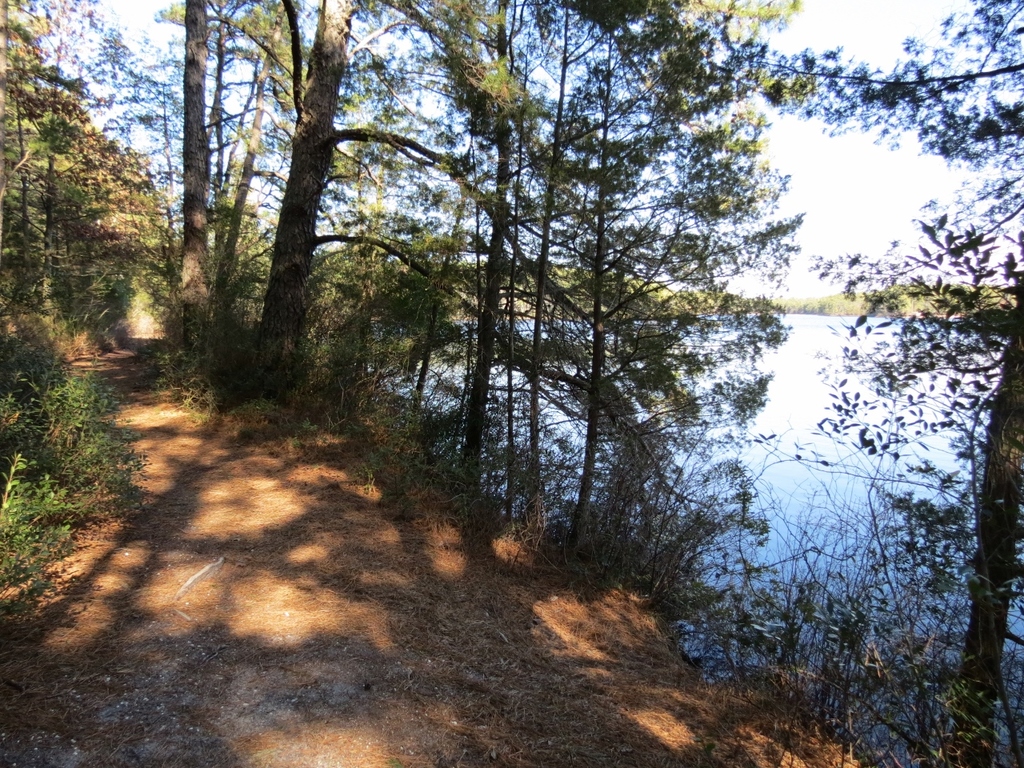