Headed out to Merrill Creek yesterday (6/29/13) for a nice summer dayhike with my girlfriend. I've fished here in the past but never spent any real time exploring other than the boat launch area. It's very similar to Round Valley (RV)  (lake trout population, very deep, built in 20th century as water control). In fact, the reason I chose this hike was based on my Uncle Jim's suggestion during the RV trip. He was struck by their similarities as well. Merrill Creek Reservoir (MCR) is…

Return to the Valley

I mentioned in my previous post, that back in 2010 I dabbled with backpacking by hiking into the Valley about 4 miles with 45-50lbs of gear on a cheap pack. And when I hobbled out and was practically bedridden with soreness for a few days afterwards I hid that pack in the basement and didn't even day hike again until 2012.

I returned to Round Valley on Friday (6/21/13) to redeem myself and celebrate the Summer Solstice. I was hoping that a strong will and a Visa bill full of newer… We'd planned on redoing Buttermilk Falls last spring but just never got to it. The last time we hiked the loop was in the Fall of 2009 and the falls were just a bit of a trickle – so we wanted to try to time it in the spring when it runs more or – even better – after a heavy rainfall.

It poured buckets in Jersey for a few days... so off we went. As per usual on Memorial Day Weekend, we pointed the car in the opposite direction of crowded beaches and the associated traffic, ending up at Point Mountain Reservation.

We'd hiked here only once before, doing a short hike in the central section almost four years ago ("…

Headed out on Sat (6/1/13) for my first "serious" backpacking trip (a few years ago I lugged way too much weight 3 miles into Round Valley on an ill-fitting cheap pack and vowed to never do that again!). I've done my homework and bought some better equipment now.

Started at Kittatinny Visitor Center (off Rt 80 in NJ at Water Gap) at 9:15 and was already sweating by the time I hiked under 80 and hit the Dunnfield/AT Trailhead. Spent the first hour sweating and cursing… 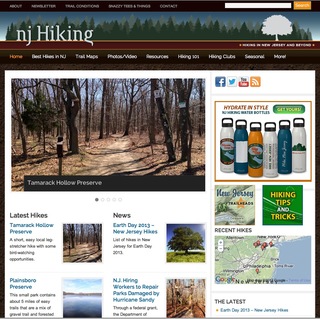 Have you checked out the redesigned njHiking.com yet?

New look, easier to find info... and just snazzier all around!…

Spent the Weekend up at a Cabin at Stokes. Great time of year to be there as Spring gets into full gear! Spent Friday (5/3) mainly exploring/shooting through the SW (of 206) section. Hiked to Hidden Falls and Buttermilk. Great to get to Buttermilk on a weekday and have only a few people around (as opposed to the weekend hordes). After that explored more in the DWG park, including Walpack center, and NPS…

Hit Four Birds Middle/Split Rock Loop yesterday. Did the 6 mile In and back version, first hike since last summer. Not a particularly inspiring hike, good views of lake disappear after the first half mile (might return past 3 mile point but wouldn't know), with 2-3 swampy/buggy areas passed through. Bugs were very bad yesterday, not sure if they're mayflies or what, but am covered in itchy bites today (and sore!). HOpe to be more active on site this summer 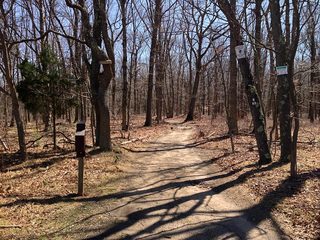 The trails at Tamarack Hollow Preserve are relatively new and I'd read about their creation a few years ago. Since there are only a little over 2 miles of marked trails here, we'd just never gotten around to checking them out.

Spring is finally here it seems - and what a gorgeous weekend to get outside. We continued our exploration of parks under an hour away. This weekend we ended up at Plainsboro Preserve.

This small park contains about 5 miles of easy trails that are a mix of gravel trail and forested trails, with Lake McCormack in the center. Be sure to stop into the New Jersey Audubon nature center to check out the turtles, snakes, frogs etc.

This park is mostly a…

We continued our exploration of central Jersey parks under an hour away from us by hitting up the Sourlands Mountain Preserve, Ecosystem Preserve (formerly called North Stony Brook) and the D&R Greenway, located in East Amwell and Hopewell Townships.

Across from the parking area for Sourlands Mountain Preserve is the…

The Ireland Brook Conservation Area is small park in Middlesex County with a few short, easy trails near Ireland Brook in East Brunswick.

We'd been saving checking this one out for a day when we needed a quick, somewhat close-by hike.

The trails are short but it looked possible to piece them together into a longer route. So when we've had…

Headed over to Cheesequake for a quick President's Day hike. It was quite windy at first so it was COLD, but about half-way through we started warming up enough to be removing gloves.

We go to this park a lot and tend to always go the same direction, so this time we did some trails in reverse to get a different perspective, ending… 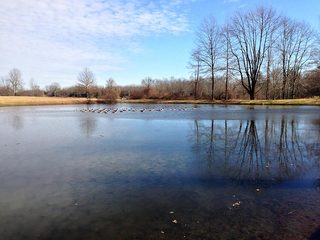 While poking around on our site a few weeks ago, I realized not only had we not been to Sourland for several years (see "Sourland Mountain Preserve – Ridge Trail"), the trail map…

We had limited time this weekend and only could manage a quick hike at our go-to park for that, Cheesequake State PArk.

While there, we figured we may as well collect new GPS data on the change to the GREEN trail, and also the small reroute around the damaged boardwalk in the cedar swamp.

The GREEN is now a tad longer at around 3.3. The main reroute is around the Atlantic cedar swamp section. The other main new area is a reroute around a section that…

We always try to hike on New Year's Day as it's just a great way to start the year (and shake off the wine & cheese from the night before!)

For New Years we wanted a hike that we were familiar with so it didn't require any research, and our last hike here was less than a year ago [see Wharton State Forest – Atsion to Quaker Bridge…

Arrived at the High Point X-Country Nordic Center around 9:00am on Monday.…

First like to say hello to everyone out there who enjoys the same things I do.Im a mountain biker road biker,kayaker who now enjoys hiking now also.Ok lets start out hiked four times so far and now have been striken with what seems to be the signs of plantar fasciitis in my left heel.Burning heel morning pain blah blah blah. What has me upset is did I over do it first times out?Have I caused this injury that can be with me forever and just… 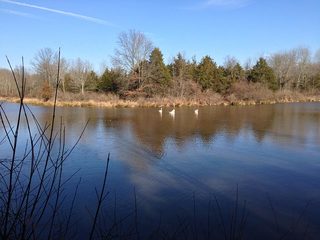 Stony Brook-Millstone Watershed was never really on our radar to do, but when the Watershed contacted us to put up their trail map onto njHiking.com we saw that there was a longer trail, the Watershed Trail, that linked the two smaller sections. Now we could likely get a solid 8+ miles in. 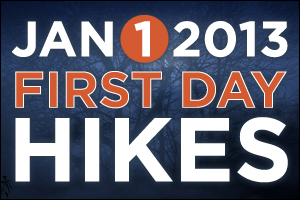 A hike is a great way to kick off the New Year. There is nothing like fresh air and an invigorating hike on the first day of the year.

The New Jersey State Park Service is holding First Day Hikes across the state on January 1, 2013, in…