Hiked the green and red trails at Michael Huber Prairie Warbler Preserve for a total of 9.5 miles. The kiosk had a supply of maps. It is the exact same map (even same size) as what is available online. Parking is probably along the road as there did not seem to be any space at the entrance but everything was snow covered, especially deep from plowing, so I parked across the street where there was some cleared space at the turnoff on to Johnson Place Road. The snow had been melting and refreezing at night so early on all I needed were Yaktrax and pretty much walked on top of frozen snow. In some places there was no snow at all, other places about 10 inches. Towards the end of the hike when it was warmer and the snow got softer it became more difficult to maneuver through it but all-in-all it wasn't bad. It was a gorgeous day and having green pine needles to look at instead of naked trees was nice for a change. It was quiet and peaceful and never ran into another person. In fact, the red trail which is the farthest out, was unbroken except for deer tracks so we were the first ones on it since the snow. A little bit of traffic noise on the part of the red trail closer to Route 70 but it doesn't last very long. For the most part, trails are very well marked. There are quite a few blowdowns from the snow storms. 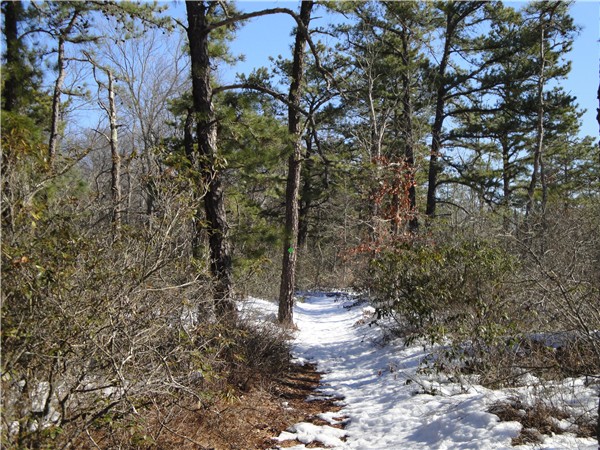 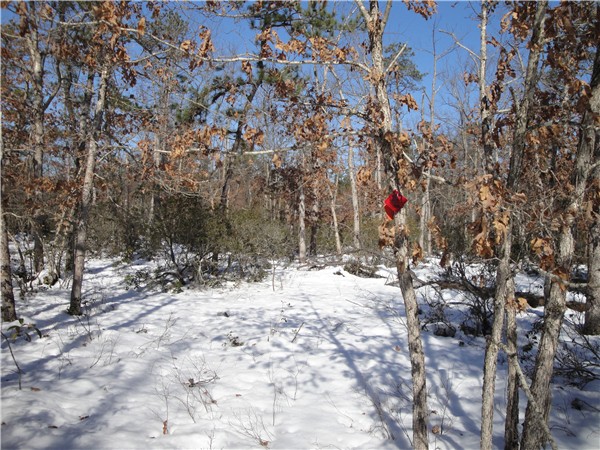 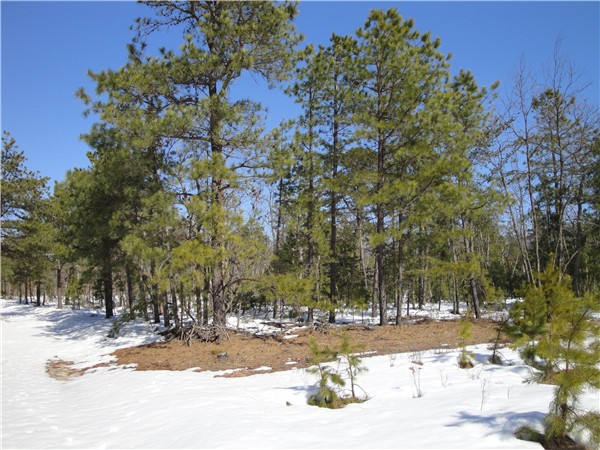 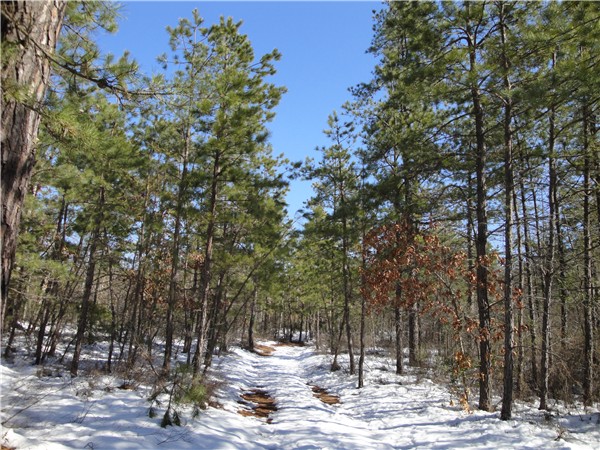 At the top of where I have circled in pink on the map below (just to the lower left of where the yellow trail starts) there is a bridge that is extremely difficult to get on and off of. There are logs leading to and from the bridge that are slimy, slippery and unstable. The bridge itself is stable, just getting on and off is quite dangerous. My dog fell in when the logs collapsed and I had to hold her head up until I could pull her out, the water was that deep. It is also all swamp beyond the bridge, unmaintained and poorly marked trail. So best to avoid the whole section that I marked below in pink. I have notified the NJ Conservation Foundation about the bridge. 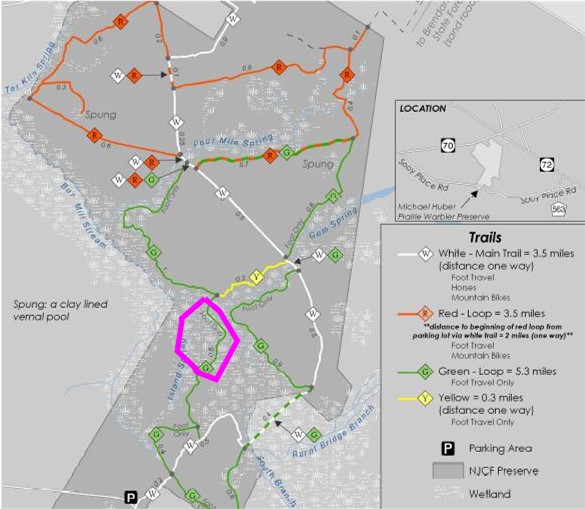 Thanks for this report. Nice to know it's pretty empty in winter. I'd like to try XC skiing there. Is it too overgrown in the back sections for that, do you think?

Did you see any hunters there in winter? I went there in Nov. and encountered one, and it wasn't deer season. Doesn't seem too safe to hike there if people are randomly going to be hunting.

It's been almost 2 years since I was there so hard to say what shape that back section is in now.  I do remember that is where I saw deer stands, a blind and found a dead deer and we know deer never get the chance to die of old age :(  This is exactly why I buy my hiking clothes in as close to orange as I can find and put orange on my dog even though I try my hardest to avoid hunting zones and hunting days.  It is not safe to assume that everyone plays by the rules because sadly, not everyone does.

Comment by BobN on November 7, 2011 at 3:48pm
I saw several deer stands too, with well established side trails leading to them. So I guess it goes on regularly there. The hunter I encountered said he was with the Conservancy and was thinning out the herd. He should have posted a notice at the entrance that he was in there. I had no idea when I started hiking.  Anyway, thanks for the pictures and posting.