If you look at the upper right corner of the North Jersey Trails Map 116, there is a little park just over the NY state line called Cascade Lake Park.  Apparently it is a newer park that not much has been done with until fairly recently.  There is an online map from 2006 but it is outdated and it took me a while to figure it out.  Turns out the map shows woods roads that are blazed sporadically with old, faded blazes.  I could not find a few of the trails but that could have been due to poor blazing as there are lots of woods roads in the park.  What the map does not show is a very pleasant and scenic footpath that hugs the banks of Long House Creek on either side with newer red blazes.  There is a connection to Cascade Lake Park from the Appalachian Trail in NJ using a gravel woods road.  A blue-blazed trail at the other side of the park by the lake and cascades connects to the NY side of the Appalachian Trail right before great views at Prospect Rock above Greenwood Lake. 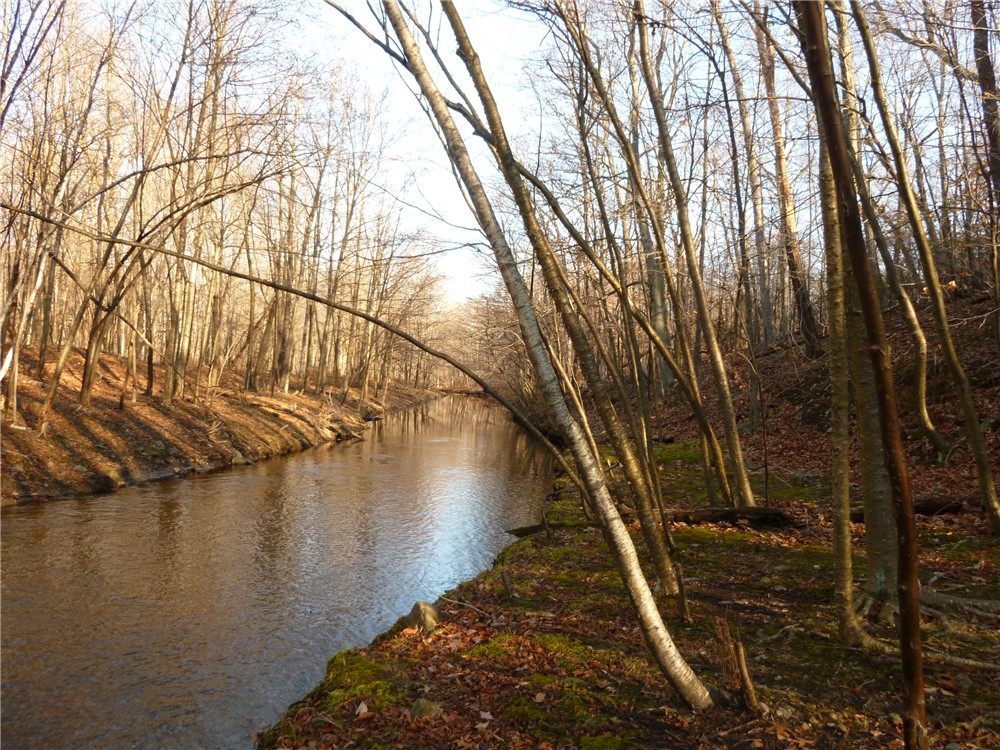 On the NJ side, the AT is currently rerouted at Long House Drive due to a bridge washed out by Irene on Long House Creek.  The reroute involves road walking, which is not all that pleasant along Long House Drive, but better on Riverside Drive through a residential area along Long House Creek.  Riverside Drive turns into a gravel road and intersects back with the AT but keep straight on this woods road instead of turning on the AT and you end up in Cascade Lake Park in just a little over a quarter of a mile.  Unfortunately there is some illegal ATV activity in that area but it seems to be limited to the southern end of the park. 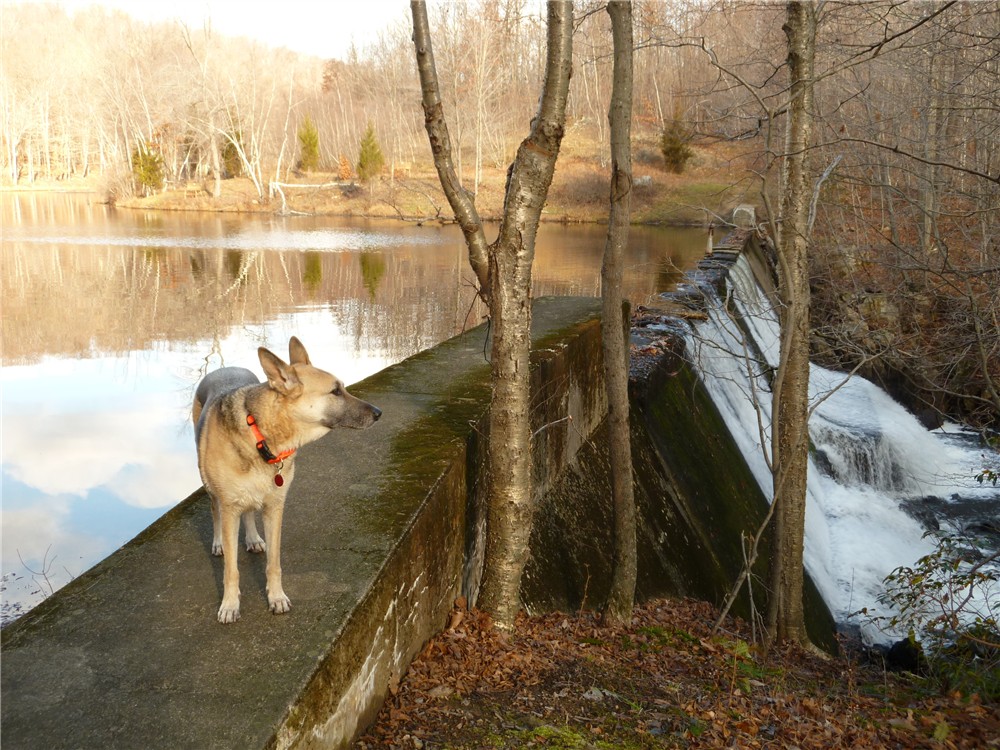 After I looped around through Cascade Lake Park over to the AT at Prospect Rock then into NJ and back to the AT detour, I decided to take a peak at where the bridge was out since that was only a short distance up and over a rise from that side of the detour.  The water in the creek was about 18 inches deep based on how high up my dog got wet crossing over.  It definitely needs a bridge for human crossing unless you want to get really wet.  But I spied a couple of logs to the right and walked along the bank to find they stretched completely across the creek and were very stable.  I did not trust my tightrope walking skills (or lack thereof) so I sat on the logs and scooted over inch by inch and made it to the other side high and dry.  I was happy to be able to hike that part of the AT and not have to road walk back. Click here for the hike details and more pictures.

"...so I sat on the logs and scooted over inch by inch and made it to the other side high and dry.  "

Daniela, you are a woman after my own heart and pragmatic nature. :)  It reminded me of when we first started x-country skiing and I balked at steep descents.  Solution: Take off skis. Sit on skis. Tuck poles under arms. Hold onto bindings for 'steering' purposes.  Ride on butt down slope. Success!  My attitude when you come to a seemingly untenable impasse?  To quote Nike:  "Just Do It".  There's no such thing as political correctness or hiking correctness when climbing up a rock face, down a rock face or scooting over a log across a creek.

Thanks for the info on your hike.  After having done some of (basically) the other side of the lake on Sunday, your hike sounds interesting and w/the added caveats, if we can manage it this what w/Christmas happenings just around the corner, I'll make certain to wear extra thick undies to protect my ...er...."scooter". :)

We almost did a side trip to Cascade Lake Park when we were on the AT there a few weeks back but decided nah, probably not worth checking out... guess we were wrong.

I'm always way over-careful with stream crossings via logs or rock hops because all I can think about is me landing in the water and/or breaking something. Tom, on the other hand, just nonchalantly teeters across w/o a second thought...