Park site here. There were maps in a kiosk at the main park office. Note on the building said the office is closed weekends until April 1st. We drove to the Pakim Pond parking lot a few miles down the park road. The composting toilet was unlocked (yay!). There is also a larger bathroom building there, which is seasonal. Another composting toilet was along the Orange trail later in the hike.

Decided to try our luck with the snow in South Jersey, as I'd checked the snow depth map online and it appeared this area didn't get as much snow. We headed to the Mt Misery trail (WHITE) from the lot, which is reached from the Batona (PINK) as it crosses over Pakim Pond. (near the gazebo)

The trail had a decent amount of foot traffic for the first mile, and ranged from bare pine to 3-4 inches of snow. I used YakTrax which were half-helpful - it was so slushy in places it just kinda got stuck in them and in some areas it was just muddy pine. We didn't see anyone all day, except at Pakim Pond. In fact, after the first mile, the trail was down to one set of previous footprints, which shortly disappeared. It was neat at first having no prints, but the wet slushy unbroken snow quickly got annoying.

The snow was only half of the problem, too. These trails usually are lined with short shrubs (blueberries usually), and the weight of the snow had caused a lot of them fall into the trail, blocking it. Add in a lot of fallen branches/trees to move or walk around... and, well, it wasn't the funnest hiking conditions. I'd put on gaiters just for the heck of it, and they ended up protecting my legs from the bushes more than the snow.

In fact, we cut our hike short to 7.6 miles and did not end up at Mt. Misery. We bailed on the WHITE trail because it just became unenjoyable and backtracked using the ORANGE bike trail, which is actually a wide road. Several trucks and snowmobiles had been down this, and it was somewhat easier to walk on. The snow was still deep enough to be tiring to trudge through.

Snowshoes wouldn't have helped on either terrain - it was too wet and would have stuck to them, plus with the branches on the narrow trail they would have gotten caught. As it was, the branches yanked off one Yaktrax and I had to go back to retrieve it.

Usually the pine barrens are a great option to hike in winter, but this year has just been too much snow everywhere. Think we'll have to wait for the trails to thaw out some more before we head here again.

I don't have a photo of the bushes and branches over the trails because I was too busy dragging myself thru them to take out the camera... 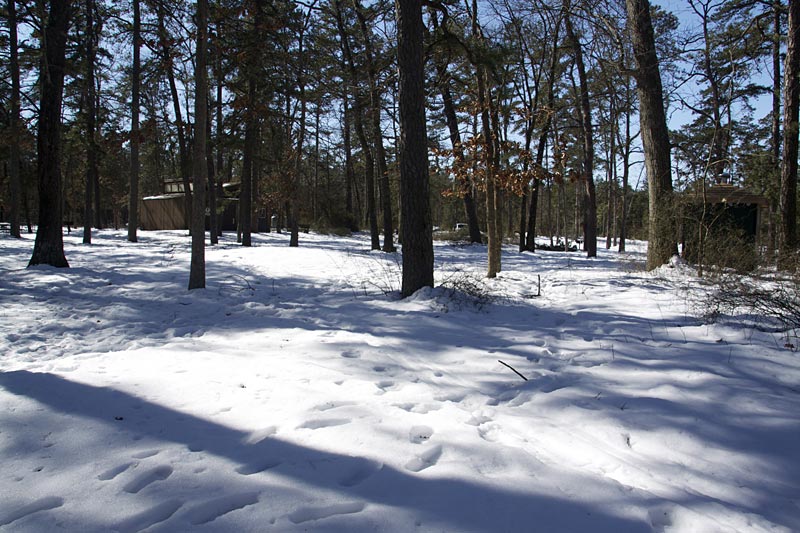 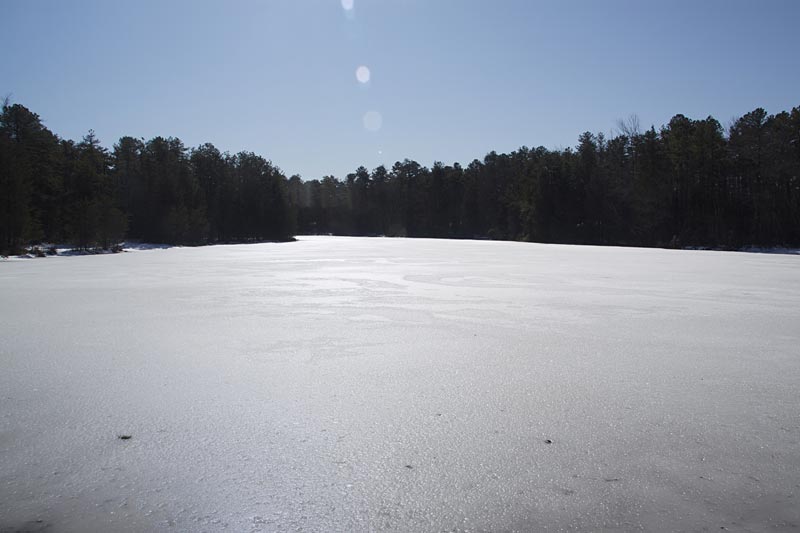 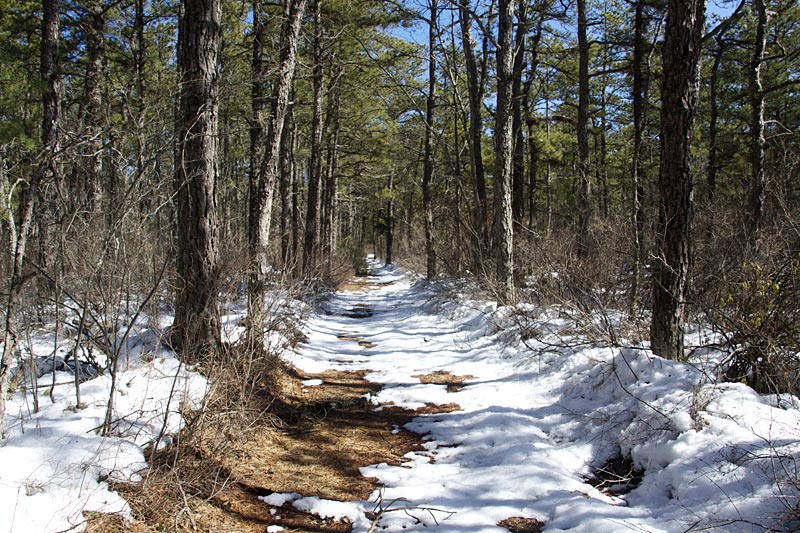 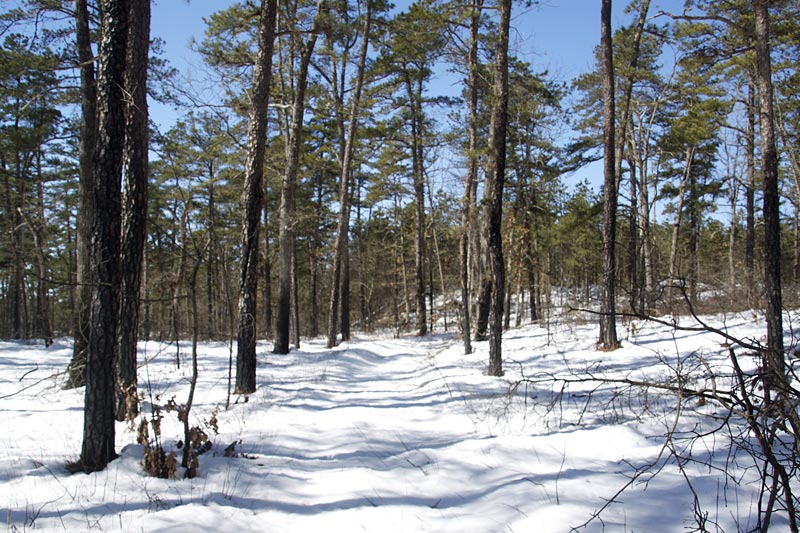