The Lemon Squeezer is a rock formation on the Appalachian Trail in Harriman State Park, NY. It's a really interesting and fun section of the trail: The AT goes through an opening created by rocks, then you need to squeeze through a narrow section about 8-10' long. After the Squeezer, you can scramble up a rock face, or you skirt off to the left and follow the "easy way" sign. 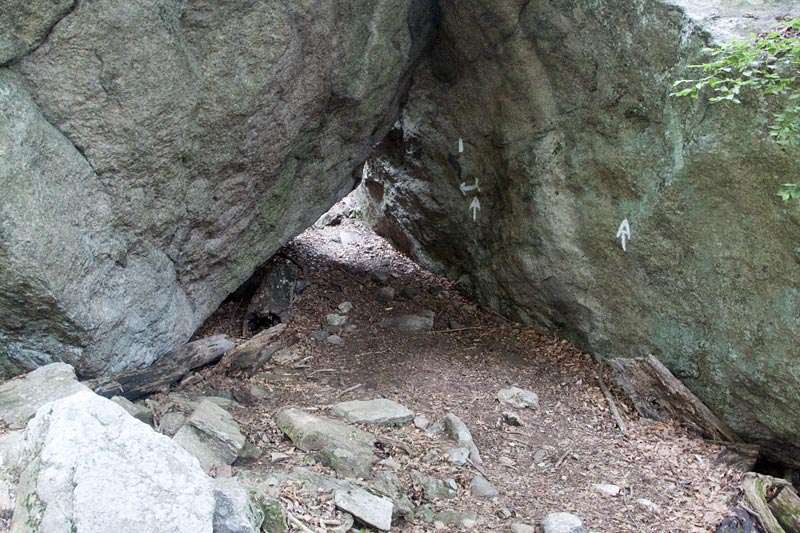 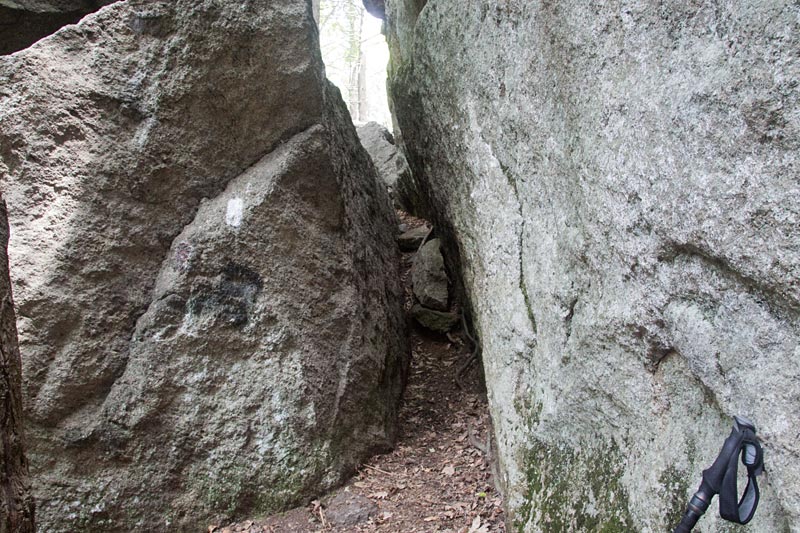 The scramble up is harder than it appears - or at least it was harder than I recalled. (it's been a few years, but a guy with a backpack going before us yelled out a few choice words as he went up it so...) 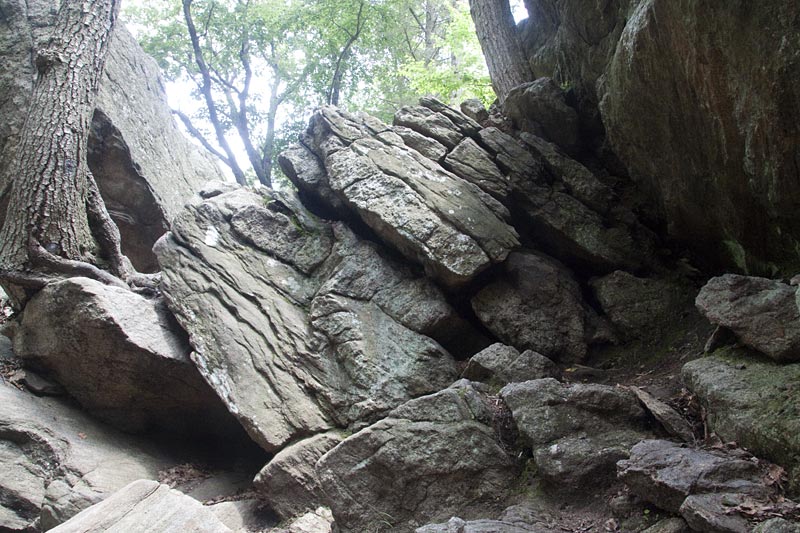 This loop starts on the AT and passes by Island Pond before getting to the Lemon Squeezer. Continue on the AT then loop back on the Long Path near a low, swampy area. The Lichen trail was really overgrown but leads you to a wide rocky face with views to the west. 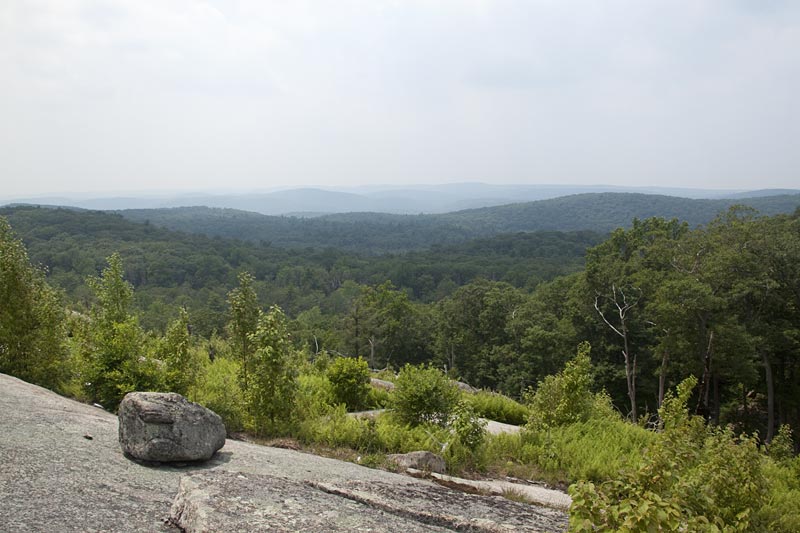 Plenty of boulders to sit and take a break on, and one with a tree providing shade. The trail ends at Ramapo-Dundenberg and continues over these open rock slabs with lots of blueberry bushes. The terrain reminded us a little of being out West.

We started heading back on Dunning (Yellow), which skirts around Green Pond. Yellow ends and you pick up Nurian (White) and go through an area with huge rocks called "Valley of Boulders". 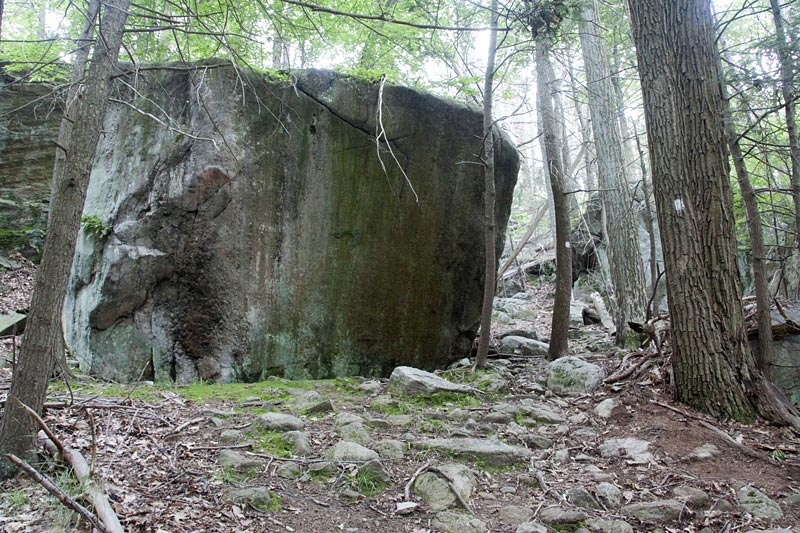 Turn right onto Stahahe Brook trail, which becomes Arden-Surebridge trail. Both follow a woods road. It would be more pleasant on this easy stroll back, except for the very loud highway noise.

8.5 miles roundtrip from the Elk Pen parking lot. Hot and humid, somewhere in the 90s... not great hiking weather for sure. Blueberries were ripe and tasty in areas, mostly where the trail was sun baked and up higher. It's a little early for them I think - usually late July into Aug.

Map: #119 of the Harriman Trails mapset.

Parking - There are many parking areas to access the extensive trail system at Harriman, and you can approach the Lemon Squeezer from a lot of directions. We chose to start at the The Elk Pen lot, which is the closest to the Squeezer.

Parkway North to the NY border, pick up the NY State Thru-Way North to exit 15a for 17N. Pass the main entrance to the park and keep going, then turn right on Arden Valley. Cross the bridge over the Thruway, and turn right into the large dirt lot next to a field.

Wildlife spotted: A deer munching on leaves and that could care less that we were standing watching it, and several little lizards. 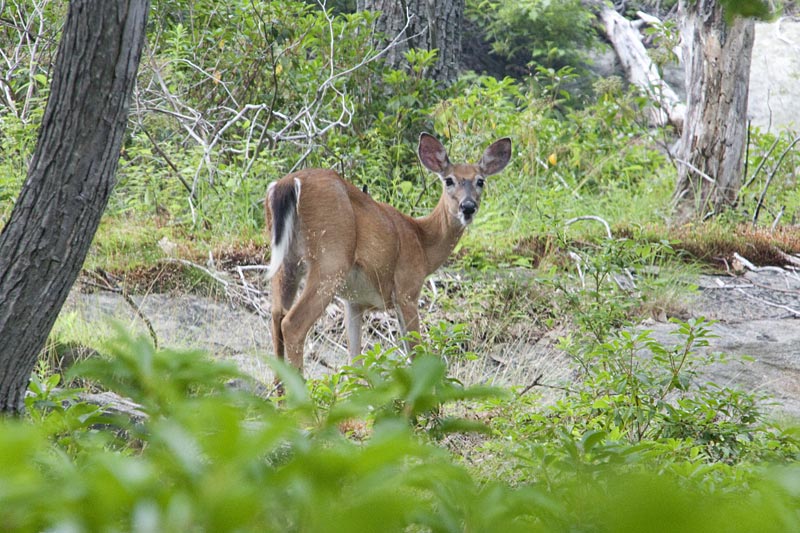