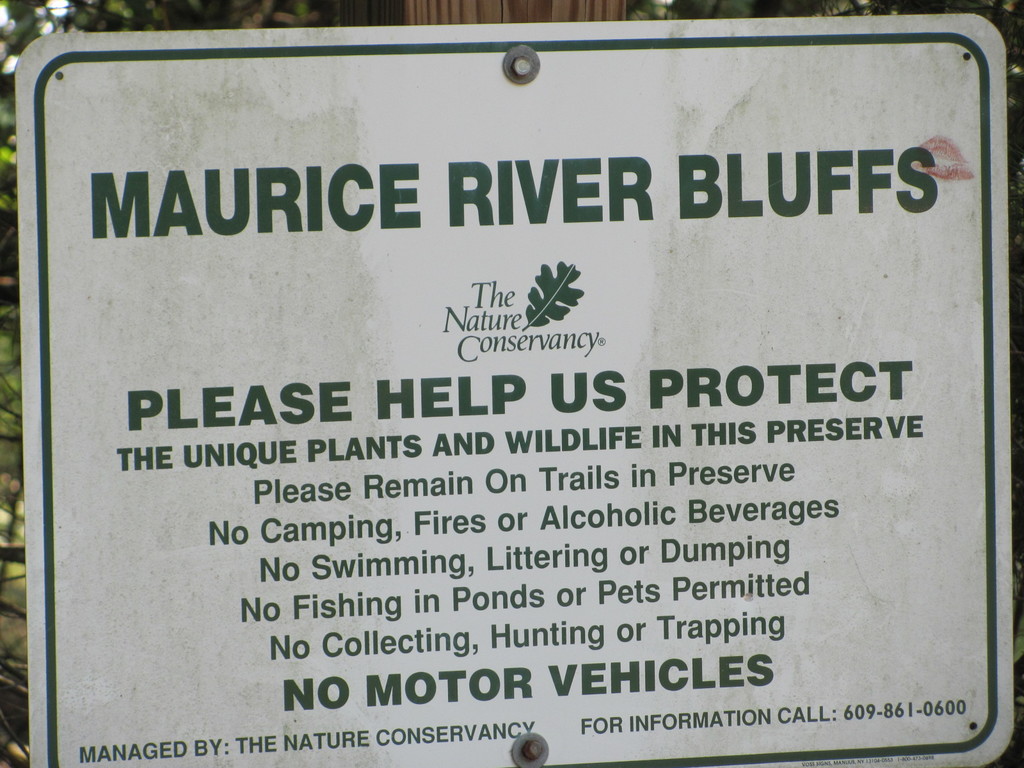 I have to thank NJHiking.com for this hike.. I live about 30-35 minutes from here and never knew it existed. I have tried to do this hike a couple times the past few weeks, but couldn't get a cooperative weather day, but since todays high is ONLY 92, I decided to give it a shot!! Being that this is South Jersey, I was expecting the hike to be fairly flat, and was actually surprised that it was a bit hilly (hilly in SJ is a lot different then hilly in North Jersey, but it was nice for this area). I was the only car in the parking area when I set out on the Blue Trail. The trails are very nicely marked and easy to see, it would be next to impossible to get lost. I turned on to the red trail which went up and down some small hills and eventually led to the Maurice River. Now, as you can probably imagine, being 92 and humid, the bugs were very unfriendly along the white trail which follows bluffs along the river, so I didn't spend too much time looking over the river. (I was kind of disappointed at the amount of litter in this area by the river, apparently a party area for boaters or locals.) Once on the red trail again , the bugs kind of left me alone as I wandered through the forest and was startled by a doe and two fawns that were apparently using the trail also. The doe was not happy and kept making a odd sound, either to scare me off or get the fawns attention, I didn't wait to find out. I completed the red trail and made a left on the blue trail only to be met with a sign that said the area was closed. I have no reason why, but I have learned that if a park or refuge closes an area, its usually for a good reason, so I backtracked along the blue trail (they did have an alternate trail, but I chose not to take it) and back to my vehicle. I don't know the mileage since there was the closed area on the blue trail, but I would have to guess a little over 2 miles, just enough to work up a sweat. For South Jersey, this was a good hike, not your typical flat terrain we usually get. The litter really bugged me though as some people have no respect for others property, and it really takes away from the scenery. I will probably try this hike again in the fall when hopefully the mercury dips below 90 at some point. 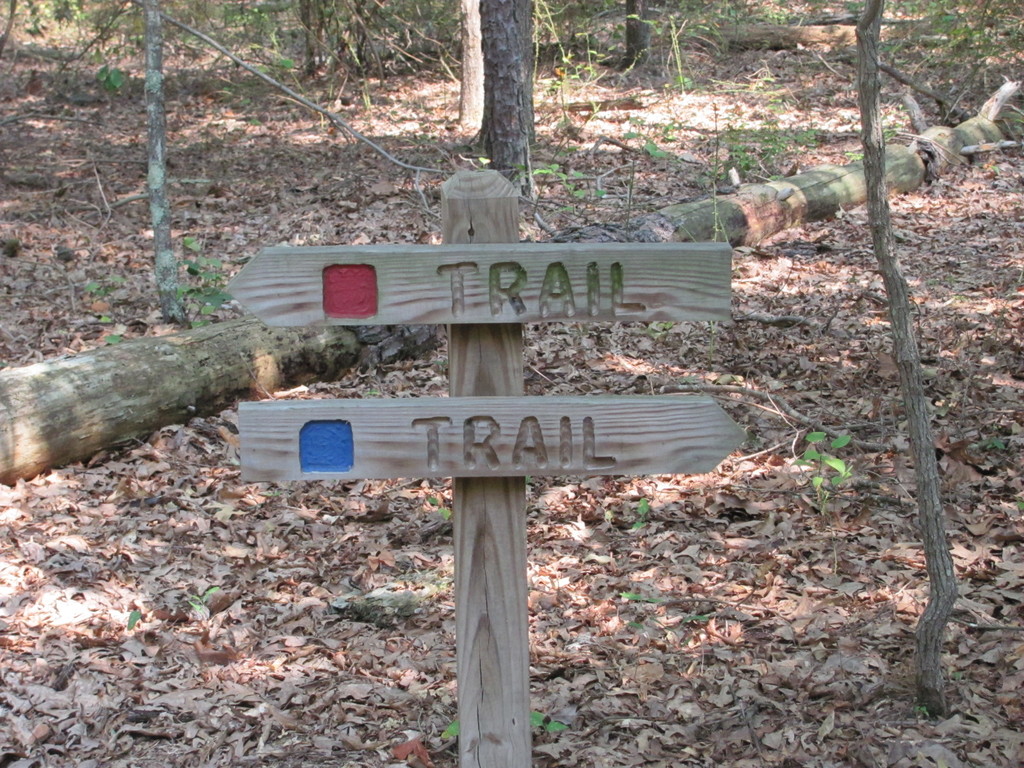 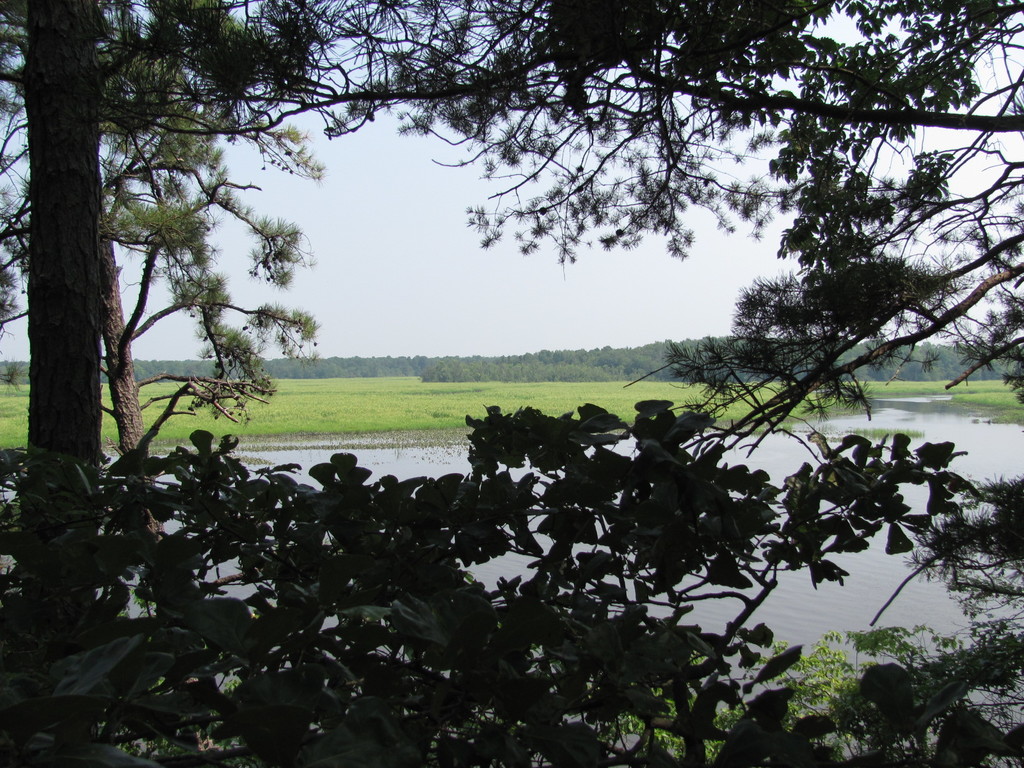 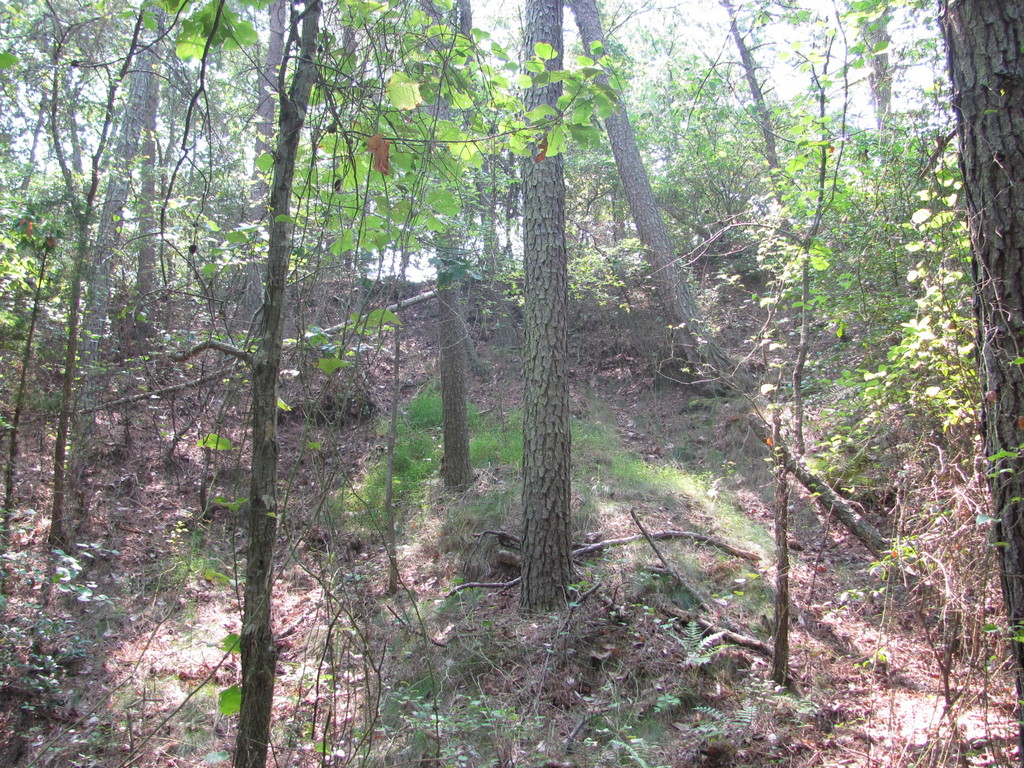 Comment by njHiking.com on August 11, 2010 at 9:07pm
The Bluffs are really a hidden little gem down in South Jersey, and are relatively new. The trash is certainly a shame... I've never understood why some people can't take out what they carried in.