Those of you who've hiked Harriman after Sandy came through and been past the 'infamous' Times Square junction know what it looks like there.  While there's destruction and felled trees strewn over & around nearly all the trails, it just seemed particularly significant to see this popular crossroad in its unrecognizable state.

In the Times Square area, this tree had been growing on top of a rock slab for heaven knows how long.  How many years since that slab had seen the light of day so to speak?  It was also  rooted and growing over a very, very old previously felled tree.  You can see where part of the root area is curved.  That was the part draped over the old felled tree. From this perspective it doesn't look as if it would extend far enough out to cover that tree, but believe me...it did. Examining the underside of that root area was like looking at an archeological dig.  Leaves and impressions of who knows what that had been covered for decades.  Fascinating in a terrible sort of way. 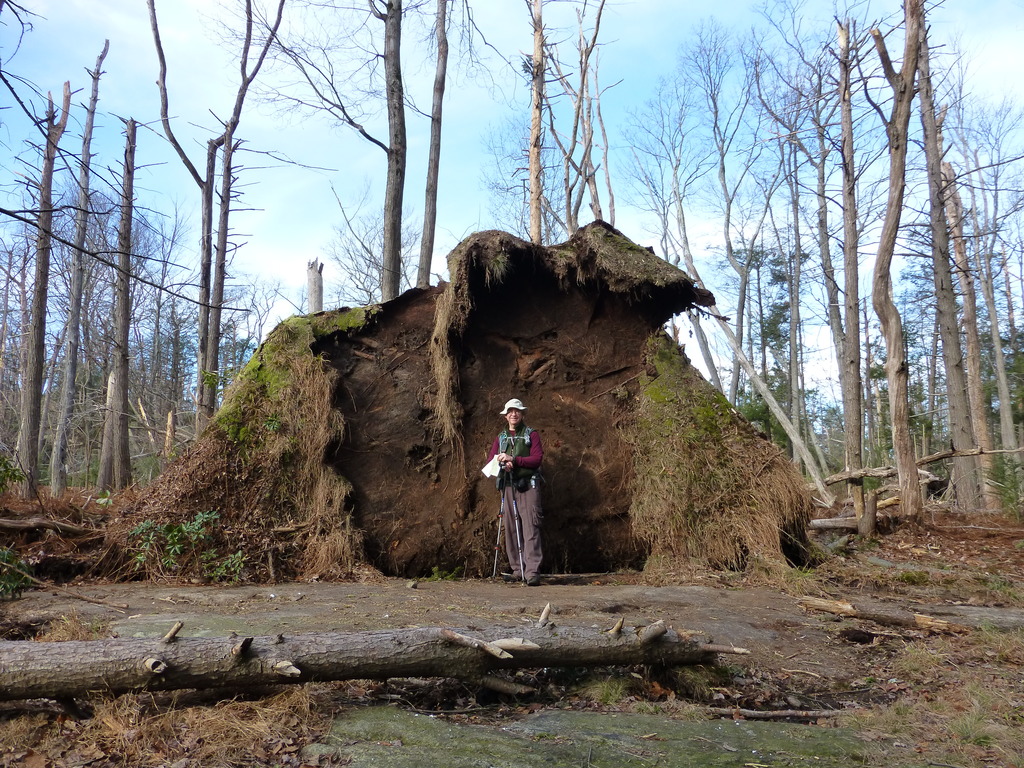 I didn't know where I was standing at the time I took the above picture until DH said,  "Turn around. Look".
It was only then I realized where I was.  If it hadn't been for the writing on that rock, I never would have known.  I asked him to take my picture there so I wouldn't forget.  As if I ever could. Looking in opposite direction from the co-joined Long Path & Arden-Sturbridge Trails.  The Times Square rock is on the left (as you're looking at the picture) and that tree root ball DH stood in front of is in the background. 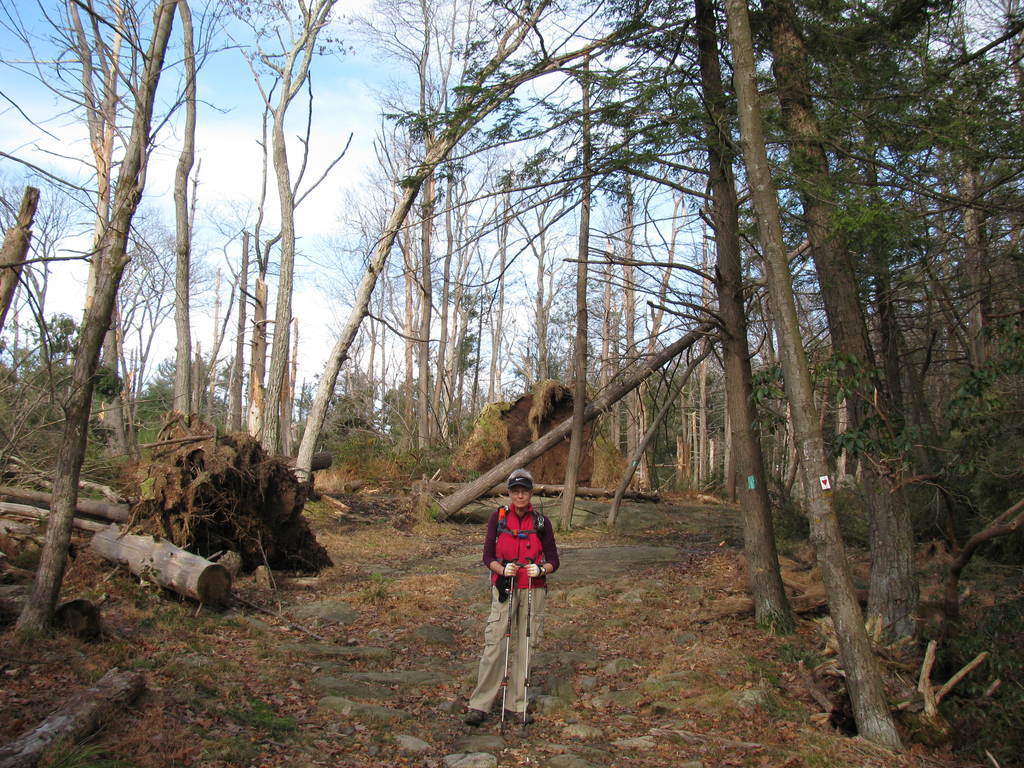 No human crowds at this Times Square this year.  Just crowds of lost-forever trees.   Nature will always win in the end no matter what we humans may do to try and preserve it.  But we will all definitely lose if we don't recognize just how fleeting this all is and how we owe it to ourselves to appreciate, enjoy and respect it while we can.