I usually avoid Ringwood State Park because of the firing range smack in the middle of the hiking trails - listening to incessant gunfire is not my idea of a relaxing day in the woods.  But I figured Christmas Day might be a good option.   Even though the firing range's web site says they are always open, I seriously doubted anyone but me would be there on Christmas Day and I was right.  It was just me, my dog, a ton of birds and a bear.  I would have never seen the bear had he not taken a flying leap out of a tree about 50 feet off of the trail.  I heard a THUD and figured it was a bear.  He must have stunned himself because there was silence for a moment then to confirm my suspicions, a ball of black fur flew by trying to get away as fast as he could.

I wanted to hike both the Cooper Union Trail and the trails around Ringwood Manor but did not want to pass by my car half way through, which would have happened had I parked in the main lot. I parked in what I think used to be a dirt pullout, but is now a paved parking pad on Morris Road with room for about 5 cars.  This would be a free parking area in season when the park charges a fee at the other lots.  Less than half a mile on the white-blazed Crossover Trail took me to the Cooper Union Trail in one direction and Ringwood Manor in the other direction so I could do both without passing by my car.  This section of the Crossover Trail doesn't seem to be heavily used at all.  There were many blowdowns and it was sometimes a little tricky to follow the trail since it was not very well-defined from foot traffic, but it was doable.  While climbing over a blowdown, I noticed a ton of birds in the mangled branches so I told my dog to stay and I sat on the log snapping pictures of them.

Click here for the full hike write-up and more pictures. 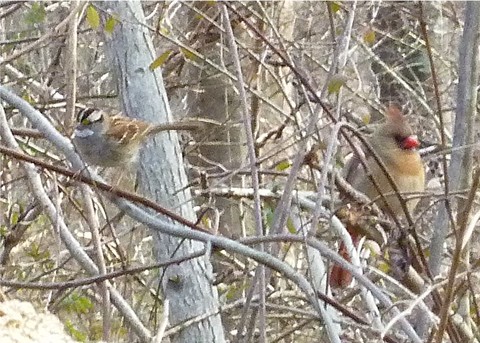 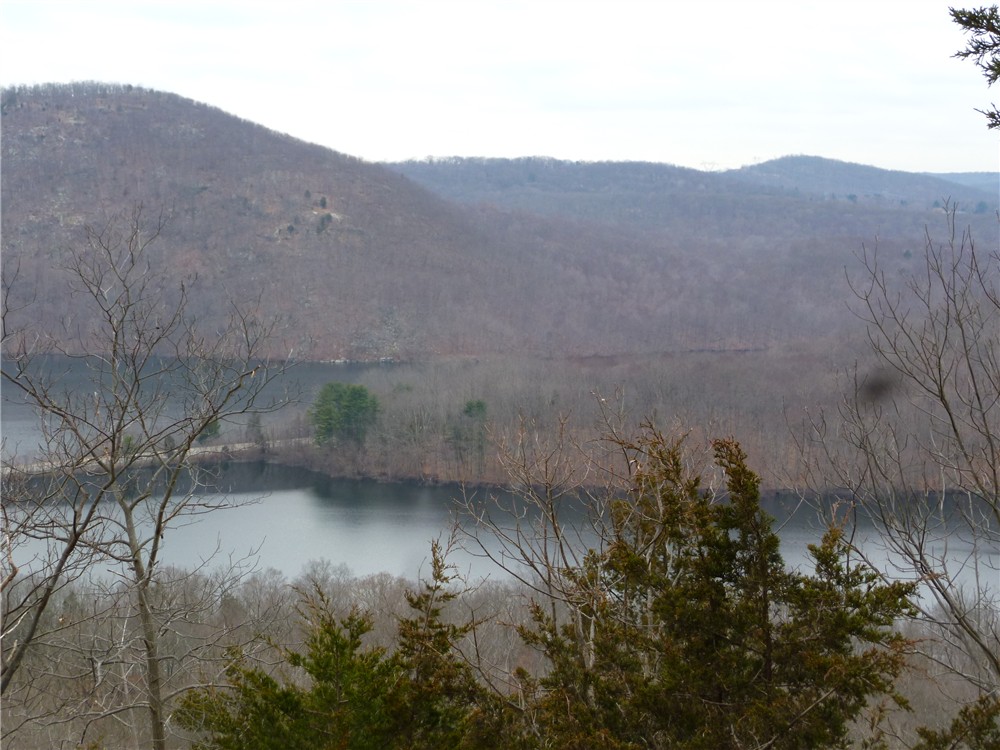 This is a hike DH's been wanting us to do for awhile.  But for one reason or another never got around to. Now I'm interested, too thanks to your recount.  BTW: Loved her Christmas bandana.  Very Festivus!

Great to have spent the holiday on the trail, which is what we should have been doing if for no other reason than to walk off over indulging in Christmas Eve cookies.  +_+