Yes, I did this hike twice, both on Saturday and again on Sunday.  For several reasons...

Seems like everyone goes to Stokes to either camp or to drive to Sunrise Mountain.  I decided to hike some of the less popular trails and avoid Sunrise Mountain - been there, done that, not in the mood for crowds, litter and graffiti.  With the exception of the Appalachian Trail, I ran into nobody on any of the other trails either day.  I can't believe more people don't use these trails - they are nice, peaceful trails through gorgeous forests.  Spoke with several thru-hikers on the A.T. - that was very cool!  I ran into a bear on Saturday on the Tinsley Trail.  He was about 80-100 feet away walking parallel to the trail going in the opposite direction.  We saw each other at the same time.  He stopped and I kept going.  He did not take his eyes off of me.  I think he just wanted to be sure I was moving along and away from him.  I spoke to him, "Good Morning Bear!  Lovely forest you have here!"  He seemed satisfied with that, turned and sauntered off in the direction he was heading, no sense of urgency whatsoever.  Didn't see him on Sunday but was almost plowed over by a deer on the A.T.  Had just stepped aside for a group of thru-hikers to pass when the deer came flying by just a few feet from us and we all jumped in the air.

The terrain is pretty level except for uphill to the A.T. then a little more steeply down at the end.  Shortly after reaching the A.T. there is the most beautiful little pine needle covered clearing at an overlook with a great breeze blowing through - a perfect spot for a break.  The only negative was it was incredibly buggy just about everywhere but a little better on the A.T.  I had to resort to 100% DEET to keep them off of me and had to wear my hat to keep them from biting my scalp. Did not see a single tick, though, and my dog has been picking them up at other places even with K9 Advantix on that is supposed to repel them. 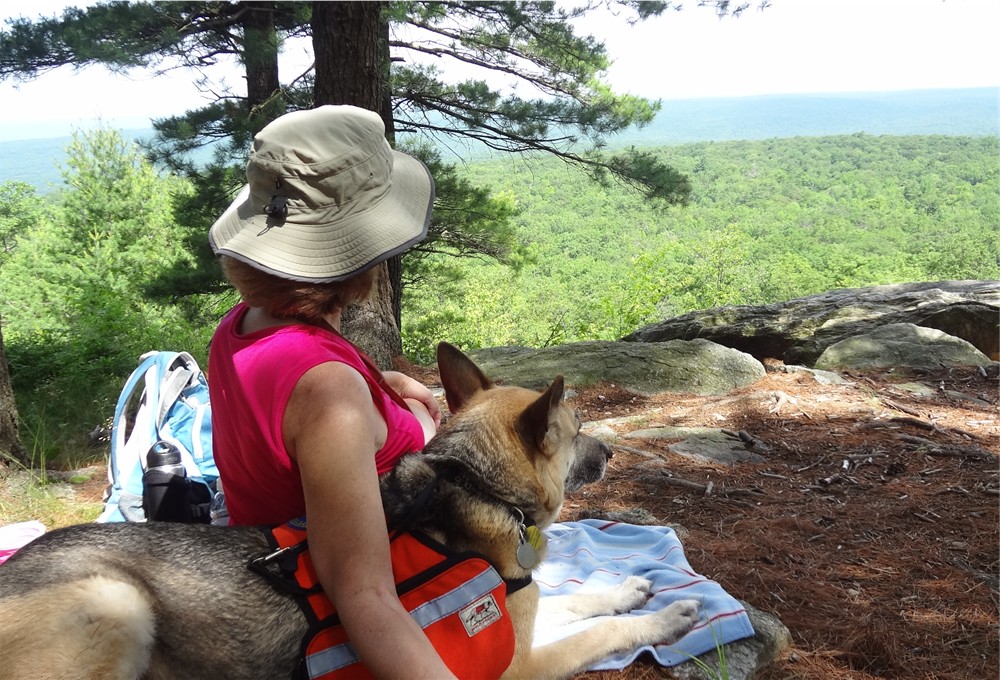 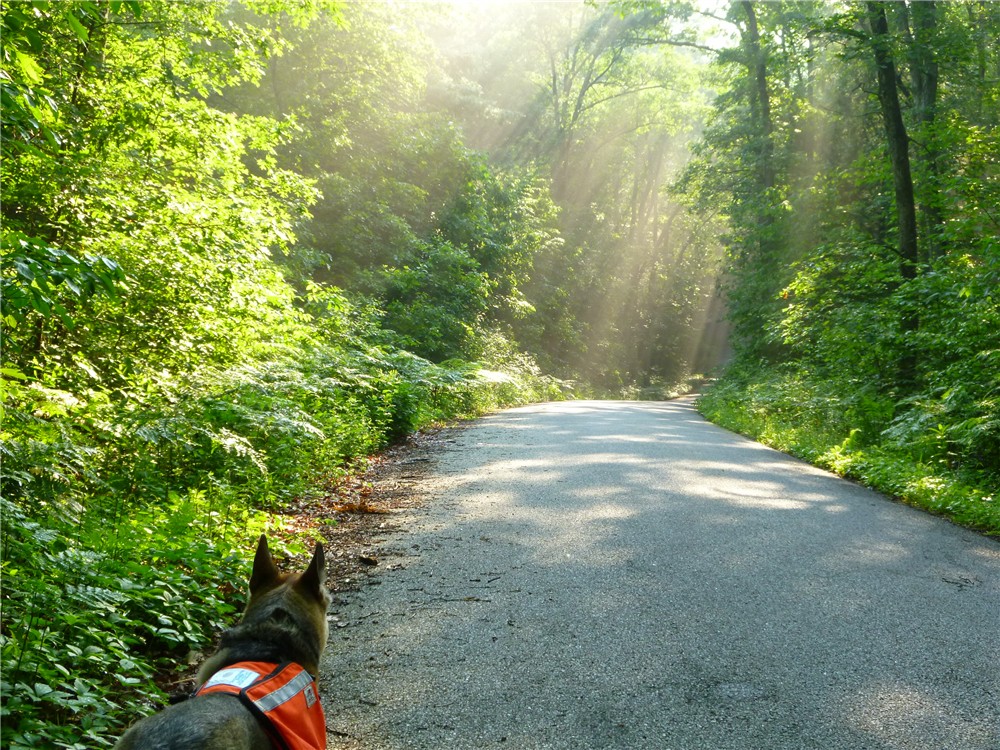 I really enjoy reading your blog and Shawnee's blog too!

Great report, I could not agree with you more...well said. I really enjoy that area.