Located in Union County. Parkway to 78W, exit 43... directions here. Park map here. The Trailside Museum at the main parking lot is open 12-5 and is very nice. Other restrooms were open earlier in a nearby building, follow the signs from the lot.

Did the Sierra Trail, an 11-mile loop around the perimeter. We have mixed feelings about this park. In fact, we've been here only once before, about 5 yrs ago, and it's taken us this long to give it another go. With rain forecasted for Sunday and recent snows in northern Jersey, we were looking for a park that was no-hunting and not snow covered.

On the plus side... it is no-hunting (except for some days in March), has plenty of trails including the long Sierra Trail, with mostly pleasant hiking surface that wasn't too hilly or rocky in case of snow or ice. There are also some interesting areas of the park such as the deserted village of Feltville, a small cemetery, and a few old building remains. Ice hanging from the overhanging cliffs and a dam added interest to the hike.

On the minus side... you won't feel like you've gotten away from it all. This is an urban park with constant traffic noise in varying degrees, some houses butt right up against the park, so while the trail is nice, the ambiance is lacking is many places

At the far end of the park, it heads downhill and there was the stench of factory fumes, then the trail jackknifes back and goes along a very nice stream that is smack next to a very busy and noisy road. A couple times the trail requires crossing a well trafficked road. One section of the trail near the stables had been recently flattened by an earth mover.

But this park was good to get a long hike in during hunting season, and it was less than an hour from our house. I would imagine it is very crowded during the summer, as the park is more suited for the casual hiker, dog walker, picnicker, and trail jogger. 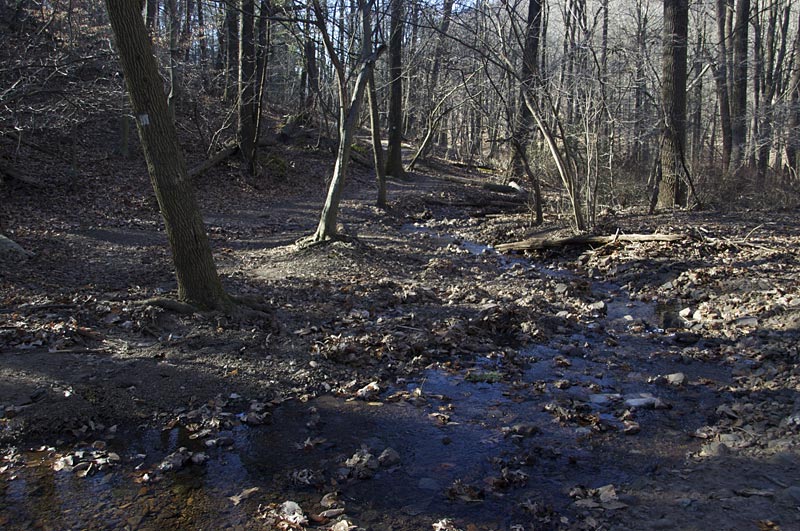 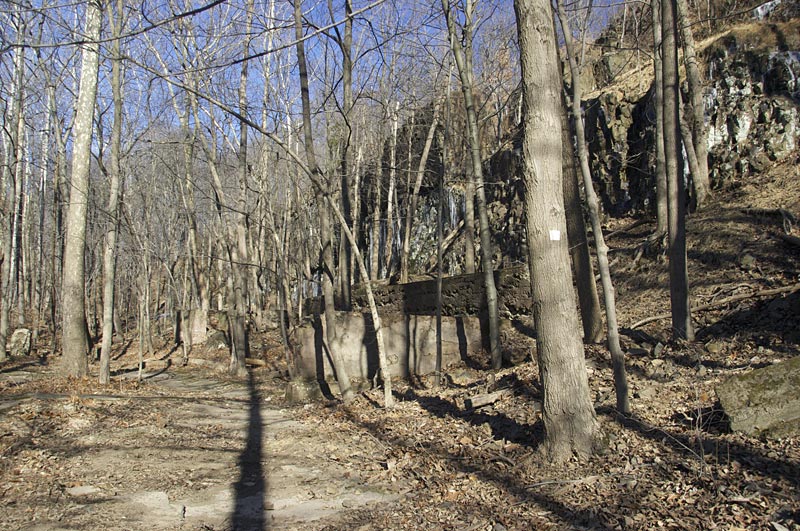 Deserted Village of Feltville. Here we spotted a Pileated Woodpecker - a large (19") and very striking bird. Too high up for me to get a decent photo though. 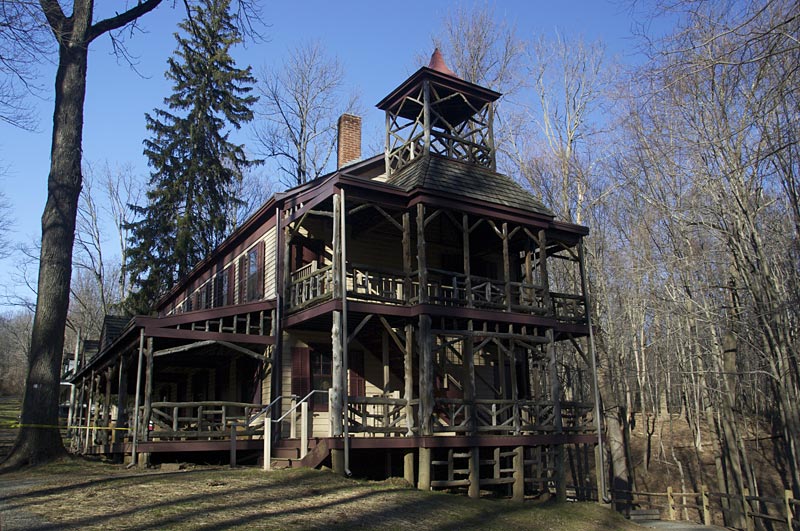 Cemetery behind the Village dates to the Revolutionary War 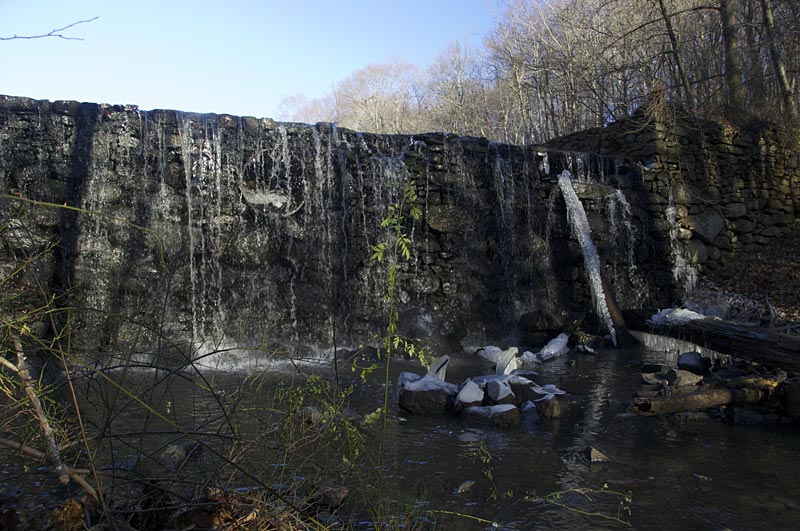 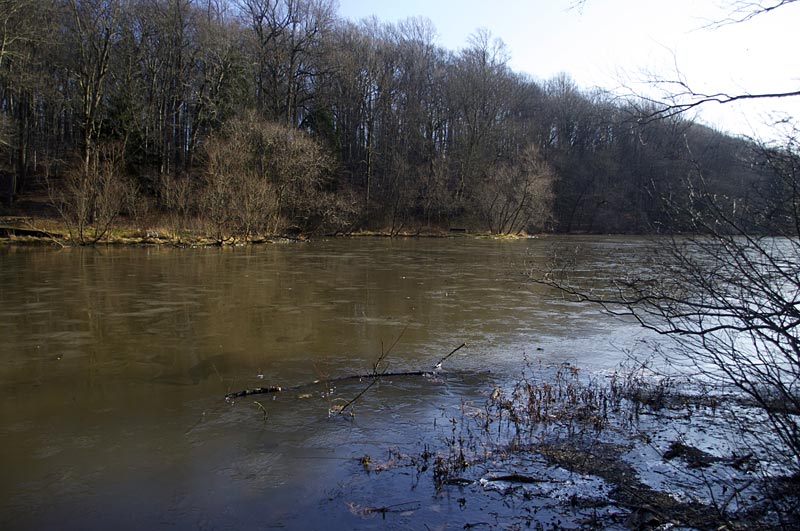 Comment by Daniela Wagstaff on December 15, 2009 at 11:52am
How funny - it's been a good 5 years since I hiked there too and it's all of 20 minutes from my house. Now I remember why - all the reasons you listed! I especially remember the constant traffic noise from I-78. I almost went to Watchung on Saturday for the same reasons you did but at the last minute decided to try South Mountain instead since I had never been there before.