I arrived at Monmouth Battlefield State Park at 8 am and it turns out the park does not open until 9 am so the gates were closed. However, there are about 6 parking spots off to the right before the gate where an early morning jogger had parked so I left my car there and walked in. I had picked up a Monmouth Battlefield map a while back while at Cheesequake State Park so fortunately I had one. I never got close enough to the visitor center to see if there were any maps available outside but they should have them inside when they are open. The map is very nice - color coded, easy to follow, distance notations... Quite lovely, but the problem is most of the trails are not marked. Over the course of 9.3 miles I saw a handful of signs like this one, but not enough to be of much use: 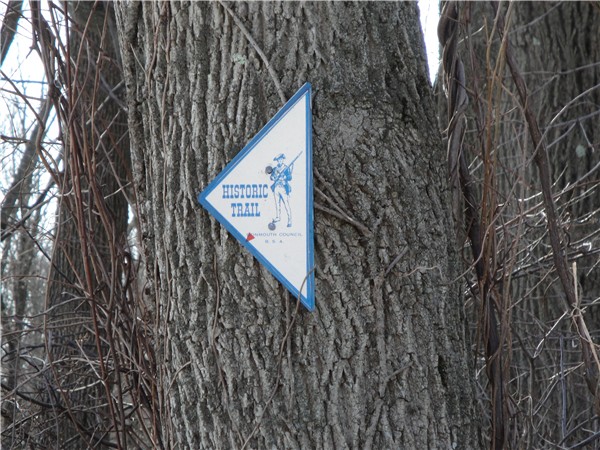 There are many options for doing either long or short hikes. I would not recommend trying it without a map because it would be really hard to figure out where to go next with none of the trails being marked. With map in hand, it is definitely doable using landmarks to reference location.

The northern section of the park consists of farms. It was kind of nice to walk through open fields for a change and I never ran into another person. The trails are mowed grass mostly along the perimeter of the fields with the option of cutting across to make the hike shorter. 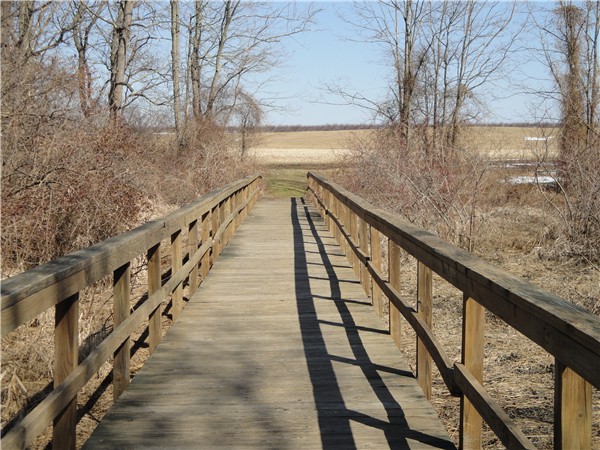 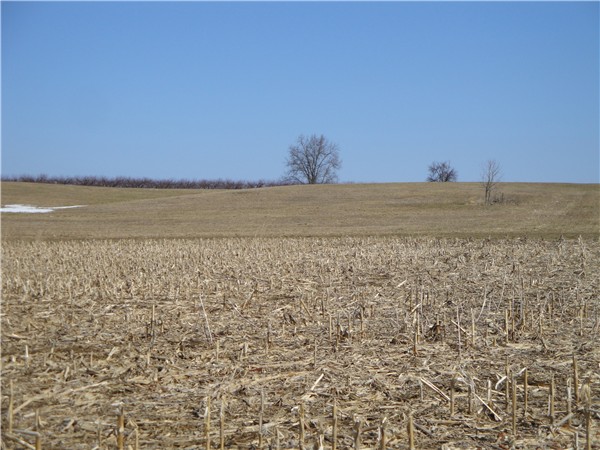 Back at the southern section, there are some marked trails through the woods, although they aren't all that well marked. It is somewhat hilly and it seemed to alternate between still a good deal of snow on the ground and standing water/mud. I started running into more people as this part is very close to the visitor center. 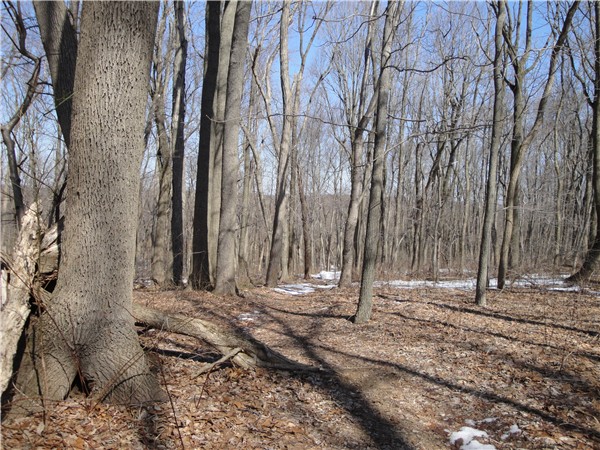 On my way back out to my car, traffic was coming into the park at a pretty good clip so I would say this is a park you want to be at early if you want to avoid the crowds.

Comment by njHiking.com on March 7, 2010 at 9:13pm
We went here many years ago and remember the lack of trail markings. I see that hasn't changed!!