South Mountain Reservation (Millburn/South Orange/Maplewood) does not allow hunting (except starting 1/19/2010 on Tuesdays and Thursdays for three weeks) so with Sunday having freezing rain and sleet forecast, this was a good option to get in a weekend hike on a Saturday. The terrain is very similar to the North Jersey mountains but on a smaller scale with the highest elevation about 600 feet.

The online map is awful. The South Mountain Conservancy sells laminated color maps for $4.50 by mail and also has a list of local stores where maps can be purchased for $4.00. I highly recommend having a map as sometimes trails are not well marked.

At first I was not hopeful this was going to be a nice hike. I had started out on an unmarked woods road which led to Hemlock Falls, a lovely waterfall surrounded by grafitti and more broken glass than I have ever seen covering the trails. But fortunately, this was not the case further down the actual hiking trails. There are a few times, however, when things pop up to remind you that you are in an urban area. When you do run into other people it is usually along intersections with woods roads. Very few people were on the hiking trails. 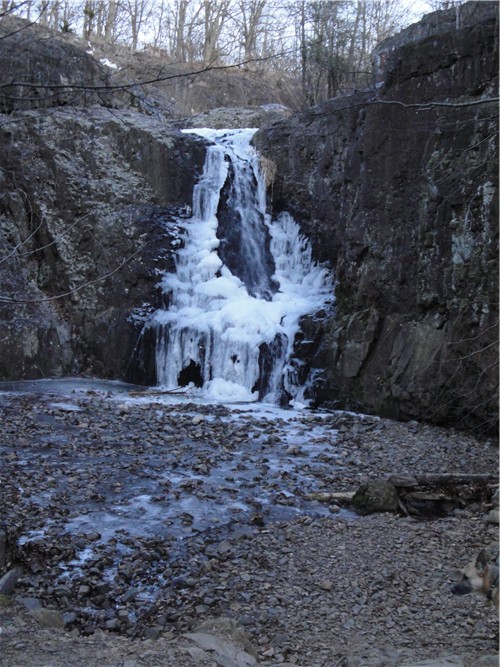 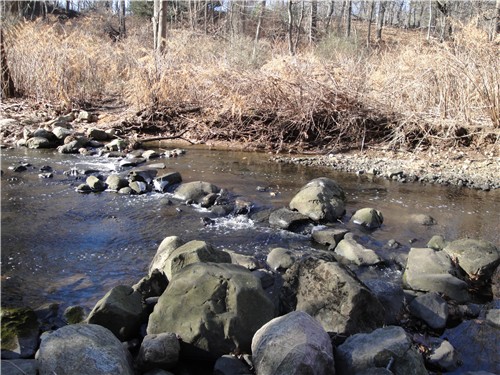 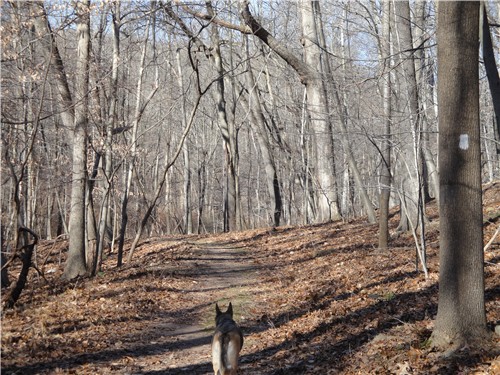 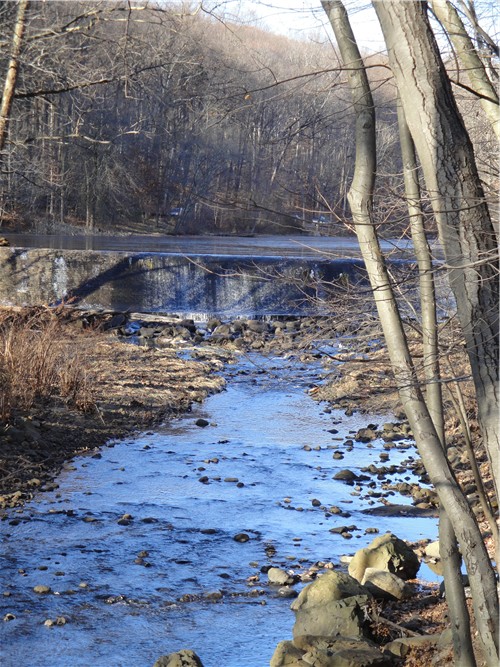 The Rahway Trail ends at a parking lot and the Lenape Trail starts at the other end of the parking lot where it heads uphill to Washington Rock Lookout. 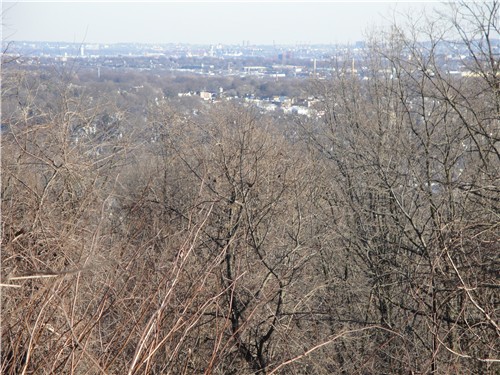 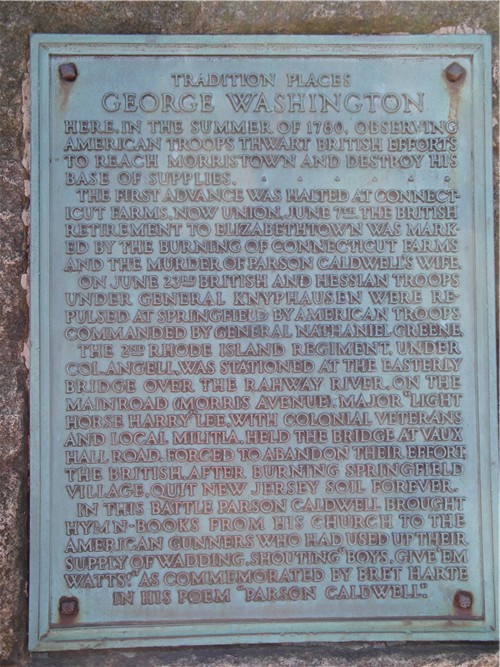 Along the Road by Washington Rock Lookout there is a little evergreen tree that people have put Christmas ornaments on. It was an interesting find up there on the mountain and some other visitors took our picture in front of it. 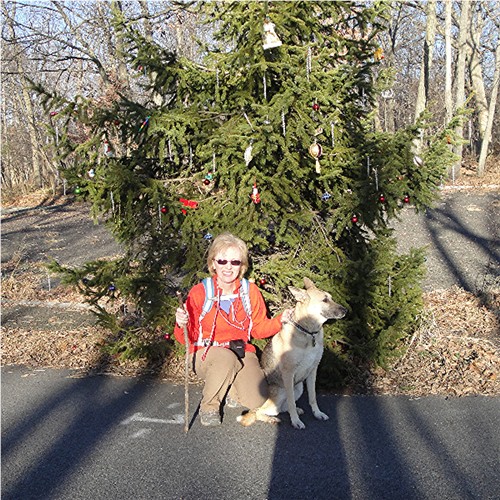 I was not able to find where the Lenape Trail picked up from this point so I took an unmarked trail which did eventually meet back up with the Lenape Trail as shown on the map. From this point the Lenape trail was more of a wilderness trail than the Rahway trail with very little traffic noise. There were a lot of streams to cross and we saw a large herd of deer pass by. 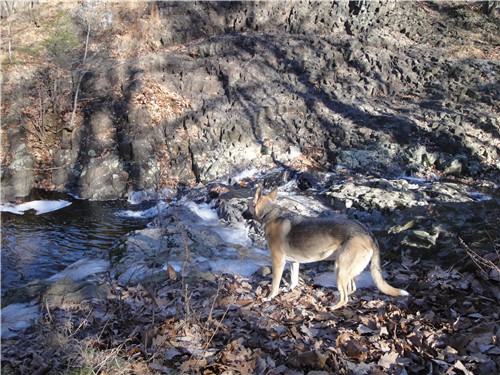 It did turn out to be a good option for a Saturday hike during hunting season. Here is an overview of the 8 mile hike. 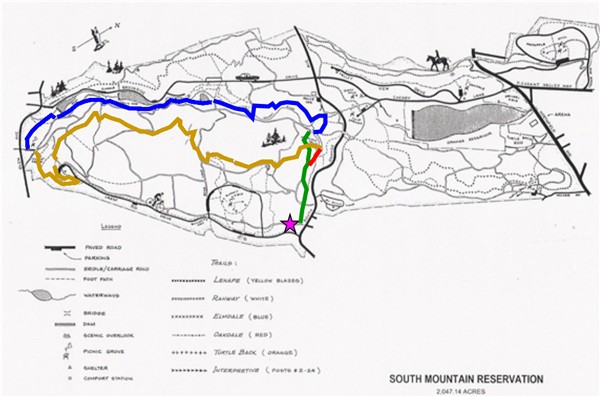